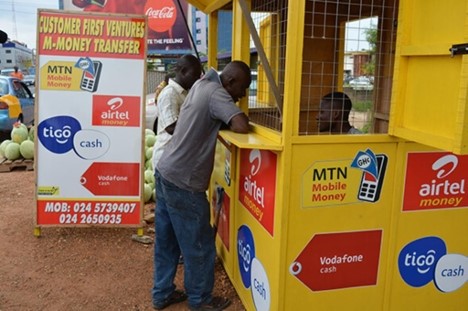 Mobile Money vendors in the New Juaben South Municipality have appealed to the Government to institute effective measures to safeguard their operations.

The appeal comes on the back of recent attacks on mobile money vendors, leading to the killing of two at Okorase and Akuapem-Lartey. In both incidents, the armed robbers took away huge sums of money.
The robbers often disguise themselves as clients seeking to withdraw or send money and then seize the opportunity to rob the operators sometimes in broad daylight.
In an interview, the mobile money agents appealed to the Eastern Regional Police Command to provide them with adequate security to curtail the situation.
Ms Rahinatu Abdul-Rahman, a mobile money vendor, said the incessant robbery attacks on mobile money agents had caused fear among the people in the vicinity, following the killing of her colleagues in the past few days.
She called for increased police patrols in the communities to ward off the criminals, stressing, the situation had put fear in the public, making it difficult for people to transact mobile money business lately.
Ms Mary Asare, a vendor, also explained that by the nature of their work they closed late and so could not make deposits at the bank until the next day.
She also called for a digitalised system for vendors to be able to deposit monies at the bank at any time as a measure to protect property and prevent further loss of lives.

France to “introduce eco-tax’ on flights out of France

Flobar School organises festival to whip up interest in reading

Prince Philip, 99, in hospital ‘as a precaution’