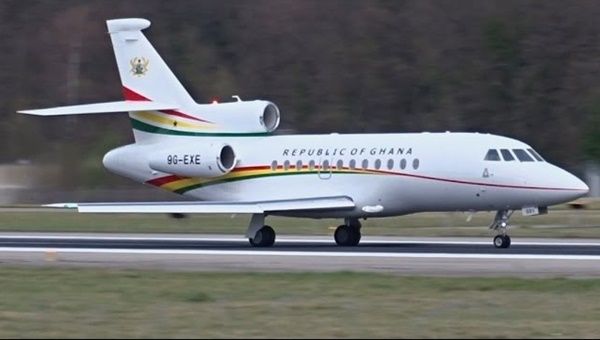 Governance Analyst, Bernard Oduro Takyi, has kicked against the decision by the government to procure a new Executive jet to improve security of the President and his entourage during foreign travels. Minister of Defense, Dominic Nitiwul made this known while responding to questions from MP for North Tongu Samuel Okudzeto Ablakwa in Parliament.

Mr. Nitiwul said procurement of the Executive jet is in response to a request made by the Ghana Air Force for the acquisition of an additional jet to support operations of government and the military.

Reacting to this, Mr. Oduro Takyi said, ”the timing of the purchase is wrong”.

Reasons for the purchase are unjustifiable, he noted.

“If you look at this era of Covid19 complications whereby the whole world is going through a serious economic crisis, a lot of countries are going through balance of payment deficits and public debts, people are crying foul on issues of introducing mutant taxes in low countries. This is not the time to resort to purchasing an executive jet. In my kind of view, the timing is wrong, the moment is wrong and in my kind of view is not well thought out”.

Security Analyst, Adib Saani, shared similar sentiments. He said although the procurement of a new jet is an upgrade on the Security of the President and the Executive, existing Security measures have worked well and should be maintained to avoid putting pressure on the public purse.

”There are so many ways to upgrade the President’s security. Obviously it’s fine if the jet is part of it, but I think that we can do a lot more before the jet and the jet should be the last resort. And, I am particularly themed about how to postpone or de-fairing this purchase because of the situation we seem to find ourselves in. There is no immediate essential threat to the security of the President in that without the jet something will happen to the president. I don’t think so, it is just our attempt to rationalize this purchase”, according to Security Analyst, Adib Saani.