Chairperson of the National Commission on Civic Education, NCCE Josephine Nkrumah has announced her resignation from her position effective April 30th, 2022. In a letter to notify members and staff of the Commission of her resignation, Madam Nkrumah described her tenure as Deputy Chairperson (April 1, 2015, to December 19, 2016) and Chairperson (December 20, 2016 to date) as a pleasure and an honour. 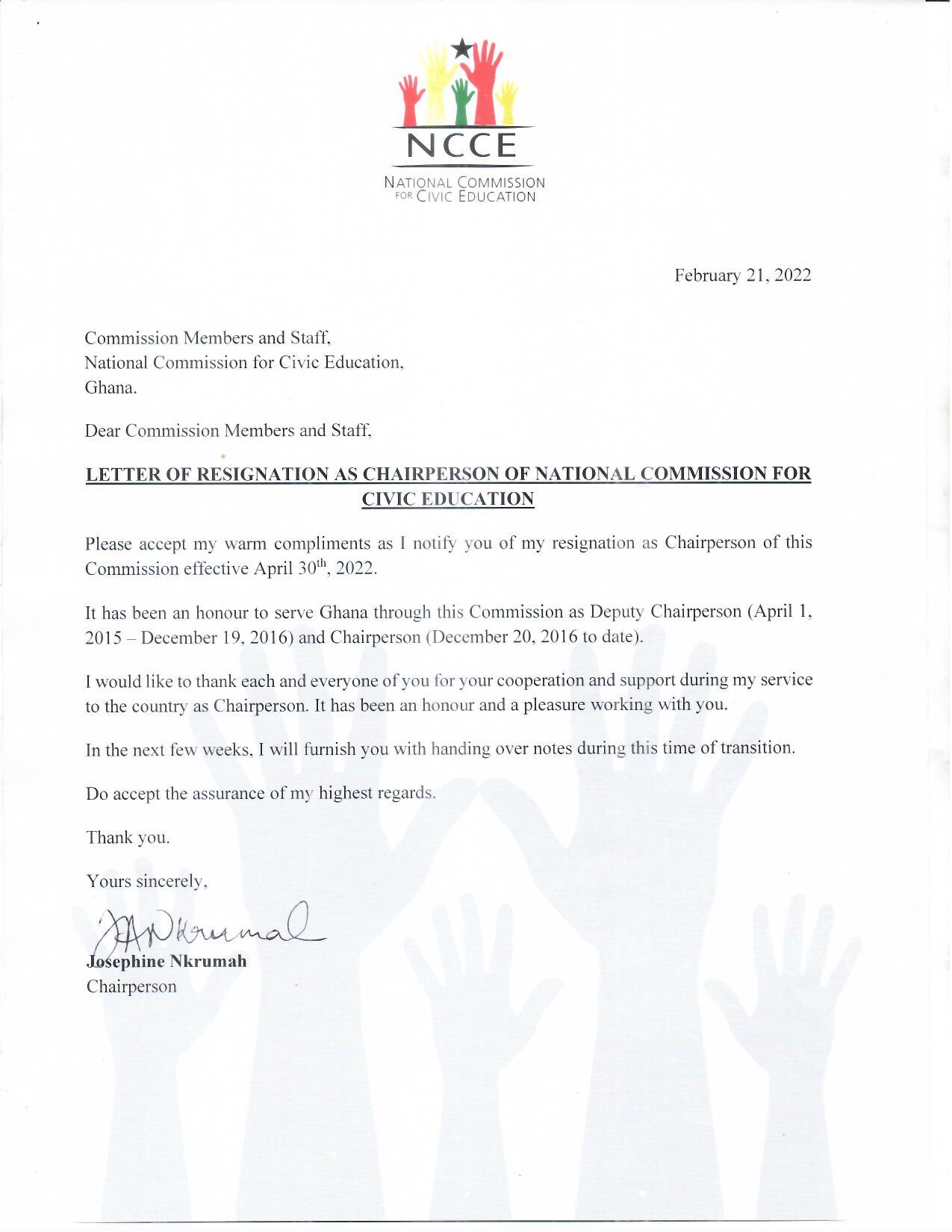 “I would like to thank each and every one of you for your cooperation and support during my service to the country as Chairperson. It has been an honor and a pleasure working with you.”

Madam Josephine Nkrumah will be remembered for championing the course to improve sanitation in the country through collaborations with celebrities and public figures such as Okyeame Kwame, Prof Agyemang Badu Akorsa and Bernard Avle among other Civic campaigns.

Madam Nkrumah has a Bachelor of Arts degree in Law and French from the University of Ghana, Legon. She was called to the Ghana Bar in February 1997. She also holds a Master’s of Law (LLM) Degree from the International Maritime Law Institute (IMO), Malta, specializing in Maritime Law.

She was appointed by John Mahama to serve as the Deputy Chairperson for the National Commission for Civic Education (NCCE) in Ghana in 2015 in charge of Finance and Administration.

Madam Josephine Nkrumah was subsequently promoted by Former President John Mahama to serve as the Chairperson of the National Commission for Civic Education of Ghana in 2016.

Minority NDC to table a motion in parliament over CSE brouhaha

PAC fails to engage BoG officials over absence of Governor