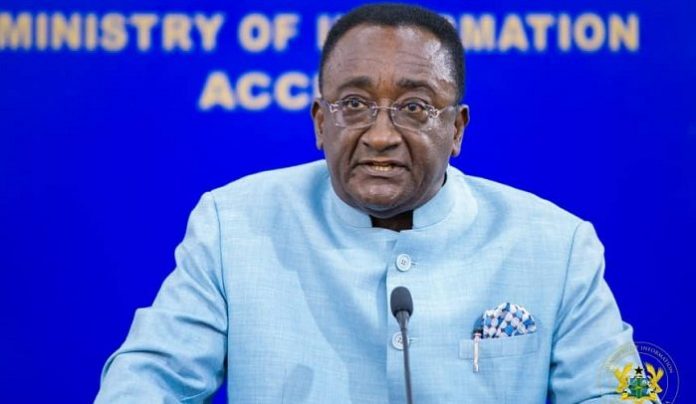 The Minister of Food and Agriculture Dr. Owusu Afriyie-Akoto has assured Ghanaians of a stable food supply.

He said the food security situation is not as dire, compared to countries in the sub region asking Ghanaians not to panic over comments of food shortage in the country.

Speaking to Journalists in Accra, Dr. Owusu Afriyie -Akoto mentioned ongoing initiatives such as the expansion in the provision of seedlings and fertilizers to farmers, improvement in extension service delivery for farmers among others.

“These are measures that are being undertaken to ensure that Ghana does not move from the stable radar to a worse situation.’’

The Minister announced the Ministry’s Medium-Term plans to dredge the White and Black Volta to minimize the impact of flooding along that path especially to farmlands every year.

“The spillage of the Bagre Dam which is causing havoc in the upper East and upper West, we are trying to find a lasting solution by dredging immediately. Last year and two years ago we did a lot of dredging on the Black and White Volta so you don’t hear much of the flooding in the black Volta. We have a program lined up in the medium term to dredge the water in the White Volta to minimise the damage,” according to Dr. Afriyie-Akoto.

World Bank hands over 2 vehicles to support operations of Ghana...