The Ministry of Gender, Children and Social Protection has disputed claims that there is some kind of political interference or favoritism in processes leading to the enrolment of beneficiaries unto the LEAP Programme.

According to the Ministry, the selection is done based on proper assessment of those who are in need of a support system. Speaking at a media briefing in Accra, Caretaker Minister, Cecelia Abena Dapaah gave a breakdown of beneficiaries across the country.

In all, about 344,23 Households are currently on the LEAP.

This comes after the NPO’s were seen to be vulnerable to money laundering and terrorist financing. Madam AbenaDapaah said the establishment of the secretariat has helped in streamlining activities of the NPO’s.

The Ministry of Gender, Children and Social Protection, has given assurance of following to the letter, the case involving a teacher who sodomized nineteen pupils of Kulpi Junior High School in the East Gonja Municipality of the Savannah Region in October this year. A Social Studies teacher, Nantomah Musah Otabil was reported to have abused nineteen boys and another 12-year-old from the school. 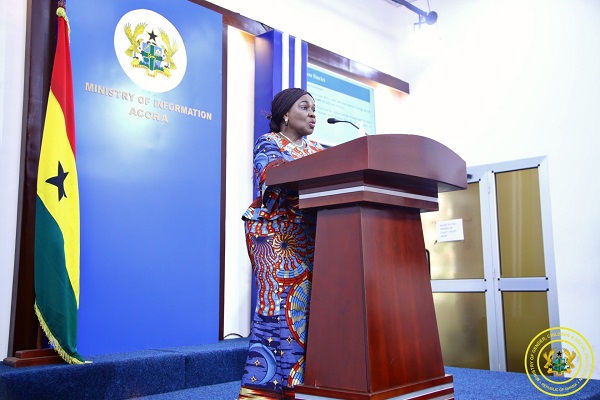 Relatives of the victims reported the issue and MusahOtabil was arrested. Speaking at a media briefing in Accra, Caretaker Minister, Cecilia Abena Dapaah, said though the issue is in court, the Ministry will ensure justice is done.

On the School Feeding Programme, Madam Abena Dapaah said the Ministry is in the process of paying the final arrears to schools. Though she did not give the actual amount owed, she insisted the money would be paid soon.

“Education Ministry to ensure safety of students when schools reopen.”