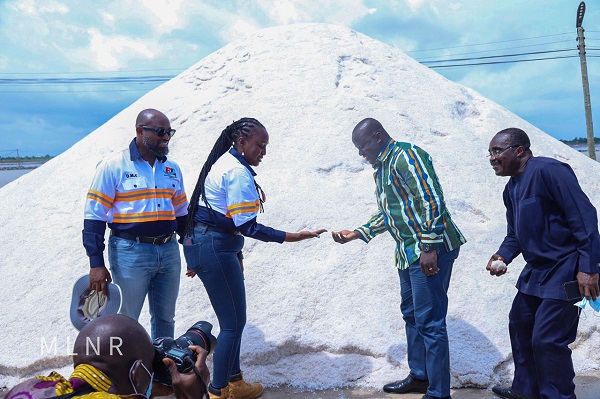 The Ada Songhor Salt project is to be developed into a multinational Salt Mining Industry in Africa to aid the Petrochemical Sector. Executive Chairman of ElectroChem, a subsidiary of MacDan Group of Companies, Daniel McCauley who announced this when the Minister of Lands and Natural Resources, Samuel Abu Jinapor, paid a working visit to the company, said within a span of 5years, the Salt Project should be best in Africa and the 3rd in the World. 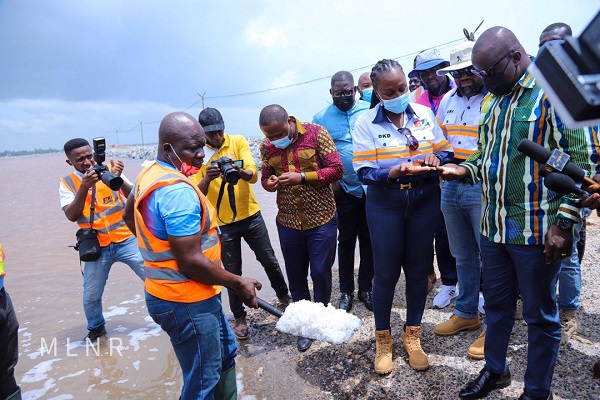 The Ada Songhor Salt Site has a potential production capacity of about 1.4 million metric tonnes. Mr. McCauley said the company has assembled the required machinery and expertise needed to mine salt to its full capacity. The Minister for Lands and Natural Resources Samuel Abu Jinapor after a tour on the salt project pledged his unwavering support to the operations of the company. He said he is impressed with the developmental projects that had started springing up in Ada West. The Sector Minister noted that the project clearly fits into the President’s agenda of industrialisation. 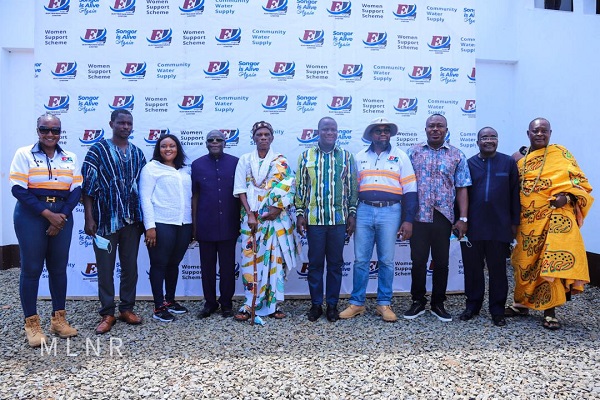 “What is happening here at ElectroChem fits into the grand agenda and vision of his Excellency the President, Nana Addo Dankwa Akufo-Addo. The vision for the transformation of this country which is anchored on industrialisation and history teaches us that you cannot transform a country unless you build your industries,” he noted. 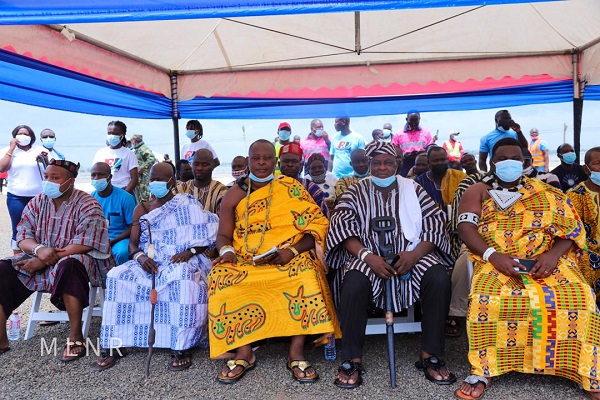 Mr. Abu Jinapor commended the CEO of MacDan Group of Companies for an excellent work done at transforming Ghana’s Salt resource which he said had been abandoned for more than 40 years. 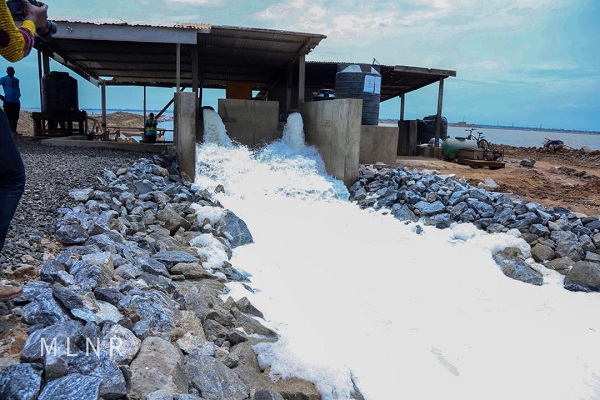 He further stated that MacDan had proven that the Ghanaian can also engage in developmental projects to develop the country and called on all Ghanaians to take inspiration from what he had done.

“What I have seen here today, tells us that if we put our hearts and minds to any project, we ourselves as Ghanaians can build our country.” 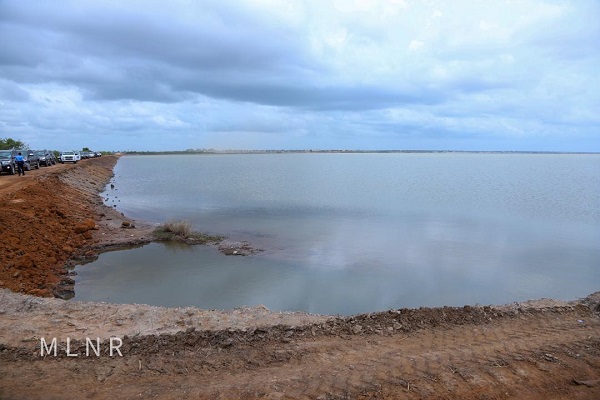 Mr. Jinapor craved the indulgence of the Chiefs and the people of Ada to support MacDan and the ElectroChem Company to exploit the white gold resource in the area.

He explained that it will be in the interest of Ghana for this project to be embarked upon, for the country to become a distributor and exporter of salt in Africa and even the world at large.

The Overlord of Ada, Nene Abram kabu Akuaku III, expressed gratitude to Dr. McCauley, saying, he was delighted to see how he had brought so much improvement to his land and the people and therefore, the people are willing to entrust the Songhor Lagoon, the people’s treasure.

He further called for peace from all wings of Ada stressing that,

“It is peace that has brought us this far and without peace, we cannot move forward with this project”

It’s been 10 months since ElectroChem Ghana Limited took over operations at the Songhor Salt Company under the government’s diversification programme. The multifaceted project will see the construction of a Sports Academy and other developmental projects for the people of Ada.

EC to receive nominations for Yapei-Kusawgu constituency next week