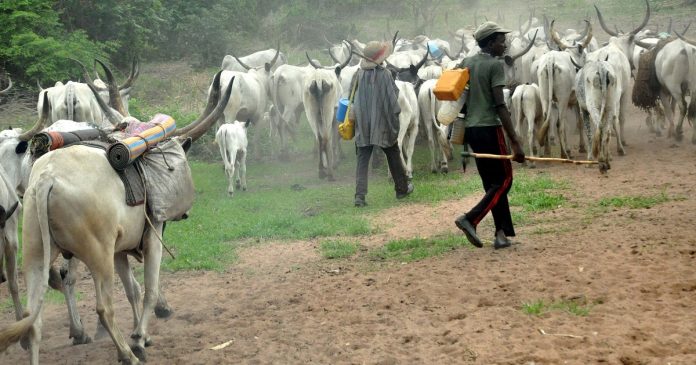 More than 400 Herdsmen in Widnaba, a farming community in the Bawku West District of the Upper East Region, have been rendered homeless following an attack on them by unknown people suspected to have come from the same community.

Preliminary investigations by the Police have revealed that the attack was a result of a missing motorbike suspected to have been stolen by one of the Herdsmen.

A visit to the community led by the Upper East Regional Security Council revealed that 18 houses of the Fulanis have been burnt or completely destroyed. According to the Fulanis, 4 motorbikes, over 70 bags of maize, 19 bags of rice and clothing, 18 mobile phones, 5 motorbikes valued at 20,000 Ghana cedis have been completely burnt.

They said an amount of 35,000 Ghana Cedis cannot be found. Speaking with GBC NEWS, a victim of the incident Ali Sulemana said they have lost all their belongings.

Haruna Sulemana who is also a victim said all their documents including NHIS Card and birth certificates have all been burnt.

The National Organizer of the Fulani Association, Ahmed Barry, appealed to government through the Ghana Police Service to bring the perpetrators to book.