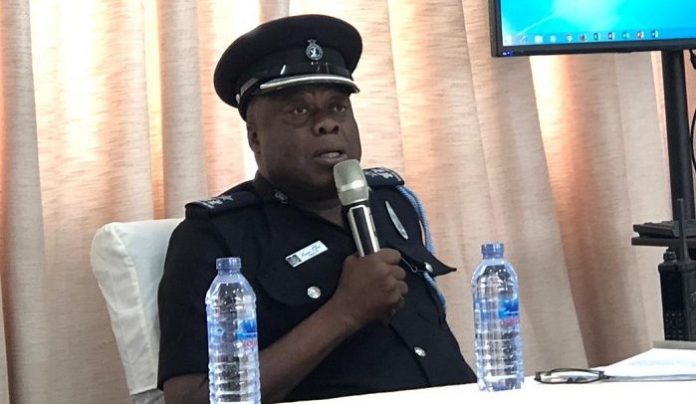 Police investigation into the Abesim murder case has unravelled the location, where suspect Richard Appiah buried the intestines of one of the murdered victims.

The intestines, according to the Police, were buried on a cocoa farm at Abesim. In a statement signed by the Acting Director-General, Public Affairs, ACP Kwesi Ofori, the intestines have been exhumed and presented for pathological analysis and forensic examination.

He further stated that the investigation team has also worked around a septic tank and other places of concern for further examination. Two sharp cutlasses with bloodstains used by the suspect to commit the crime have also been retrieved from the scene.

Acting IGP, Dr. George Akuffo Dampare has directed the Counselling Department of the Police Service to provide trauma reduction therapy, counselling and other psychological support to affected families and officers in charge of the investigations.

In furtherance of the IGP’s directive, the Police Counselling Unit has sent some officers to the affected families to hold a counselling session for them to help reduce the trauma.

The Police has assured the public and people of Abesim of thorough investigations to bring perpetrators to justice.

Dozens of kidnapped kids are freed in Cameroon