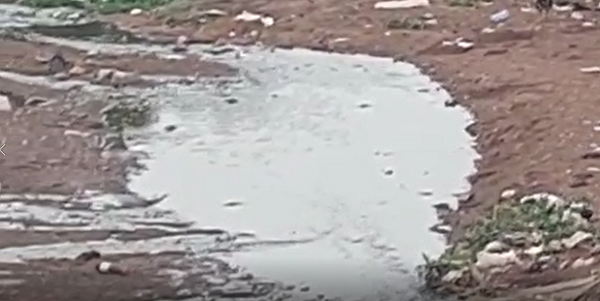 The Noguchi Memorial Center for Medical Research has found the Poliovirus in samples of water scooped from some drains in the Sagnerigu Municipality and the Tamale Metropolis.

The Deputy Northern Regional Director of Health in charge of Public Health, Dr. Hilarious Abiwu, disclosed this in an interview with GBC News in Tamale on Tuesday, Ma.

He explained that the virus was discovered during routine surveillance, which implies that it is in the atmosphere and therefore the necessary precaution must be taken to avert an outbreak.

Poliomyelitis, simply called polio, is a disabling and life-threatening disease caused by the poliovirus. The virus spreads from person to person and can infect a person’s spinal cord, causing paralysis. For nearly a decade Ghana was almost polio free, however, in 2019, hopes were dashed as a two year old girl in Chereponi was confirmed with polio, which paralysed her in both legs. The virus was also found in a drain in Tamale in the Northern region.

Stakeholders responded with a vaccination campaign across Northern Ghana and the Greater Accra region. The latest discovery of the virus in drains in Nyashegu in the Sagnerigu Municipality and Kobilmagu in the Tamale Metropolis shows that the virus is still lurking around.

In an interview with GBC News, May 24, 2022, Deputy Director of Public Health at the Northern regional health directorate, Dr. Hilarius Abiwu, disclosed that stakeholders are carrying out further investigation and then provide an appropriate response to the virus. He cautioned parents to take their children for routine immunisation especially for those who have not completed their Polio vaccinations.

There are numerous interconnected open drains in Tamale which end up in open dugouts/dams constructed to store water for domestic use. Some residents drink from these untreated water sources. The two MMDAs are also noted for having a high rate of open defecation. During a tour of some drains in Tamale today, children were found loitering in these open drains, potentially exposing themselves.