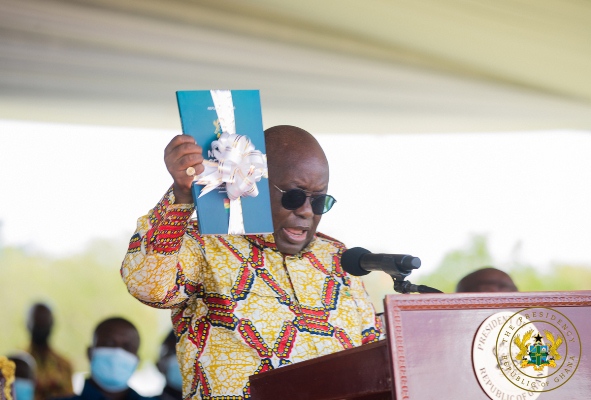 A National Security Strategy aimed at preserving the freedom, sovereignty, security and territorial integrity of the country has been launched.

The document which is consistent with Ghana’s security architecture will maintain Ghana as an open, tolerant, socially cohesive, peace loving country that upholds the rule of law and position her as a land of opportunities.

President Akufo-Addo who launched the policy document in Accra tasked the Ministry of National Security to implement the strategy in a holistic manner.

The National Security Strategy will serve as the blueprint for the coordination of national response effort to protect and safeguard the nation from threats, risks, challenges to its security and stability from both the domestic and international environments.

The responses in the Strategy seek to ensure the self-preservation of Ghana as a prosperous, stable and sovereign state that is able to provide for the safety and well-being of its citizens and inhabitants.

Minister of National Security, Albert Kan Dapaah, said the Strategy will mitigate new threats and respect freedom of its citizens. He however warned that National security will not be compromised at the expense of human rights.

President Akufo-Addo commended the Ministry and its partners for putting together the Strategy. He said government will provide the resources for a successful implementation of the Plan. He tasked the Ministry to organised workshops for the relevant ministries and agencies to deepen their awareness for their roles. One of the highlights of National Security Strategy is the establishment of Security fund to support the implementation of the strategy.