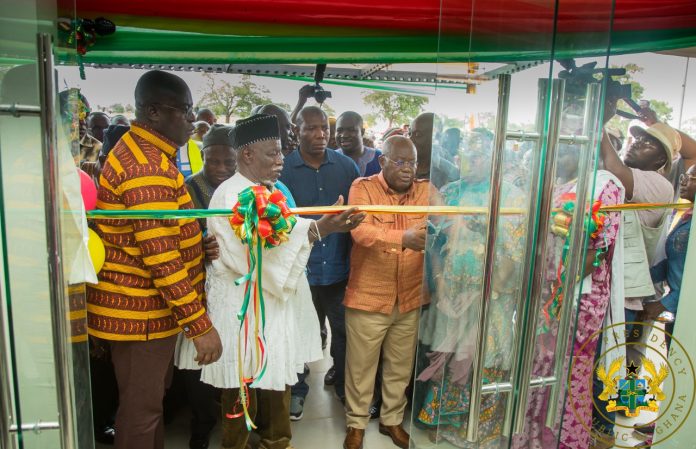 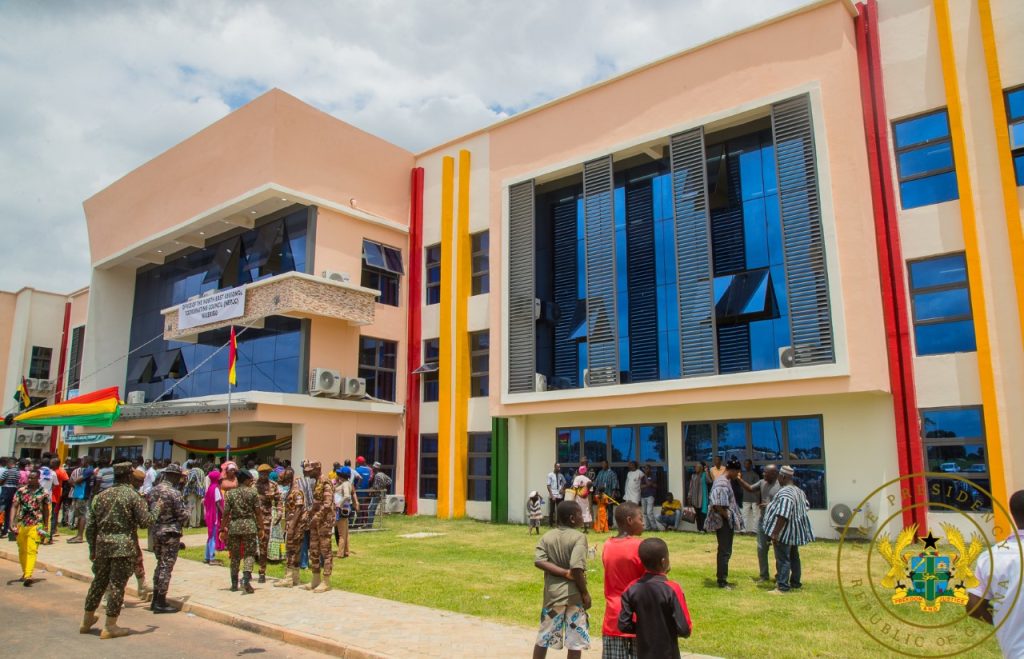 Speaking at the ceremony, President Akufo-Addo stated that the creation of the new regions “will bring government closer to the people, and also accelerate the process of social and economic progress in the various regions.”

He noted, however, that “we can’t build the regions without creating the institutions that will make regional development a success, and that is what we have begun to do with this building.” 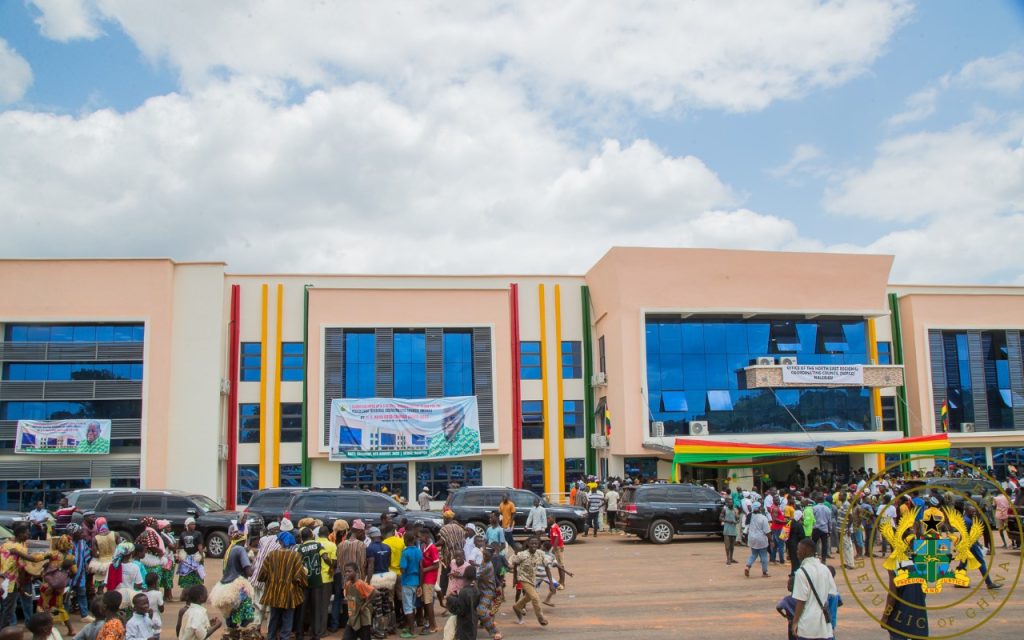 President Akufo-Addo continued, “The Minister for Local Government, Rural Development and Decentralisation, Hon. Daniel Botwe was the very Minister who saw to the regional reconstruction, and that is why he has now been given the added responsibility of making sure that the decentralization exercise, the devolution that we have seen in the administration of our state, becomes firm and on the ground.”

Touching on other key projects in the North East region since its creation, he noted that “eleven (11) road projects have been completed in the North East region in my time, and sixty-one (61) are ongoing. Reference has already been made to the work that has been done on the town roads in Nalerigu and Gambaga and in Walewale, bridges that are being built in the area, and the developments in the various important road connections, that there are in this region.” 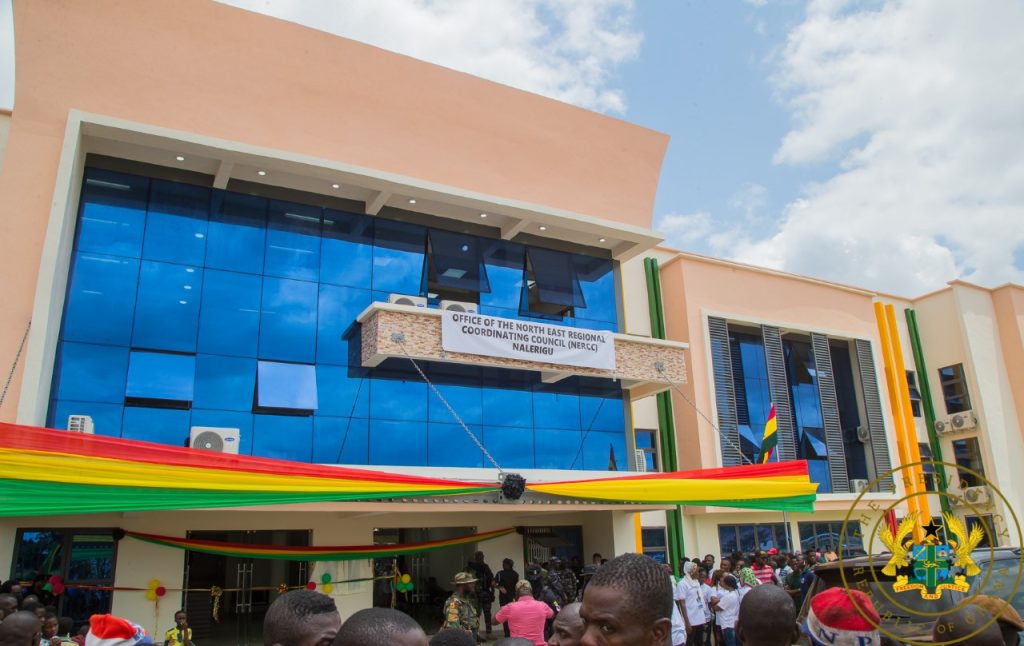 Concluding the President said, “But in all of these, there is one also important source of joy, and that is the elevation we have made for one of the daughters of the Nayiri; Member of Parliament for Walewa Lariba Zuwera Abudu, who has now become the Minister for Gender, Children and Social Protection. She is a hardworking woman and I have no doubt that she’s going to justify the confidence that I’ve got in her”. 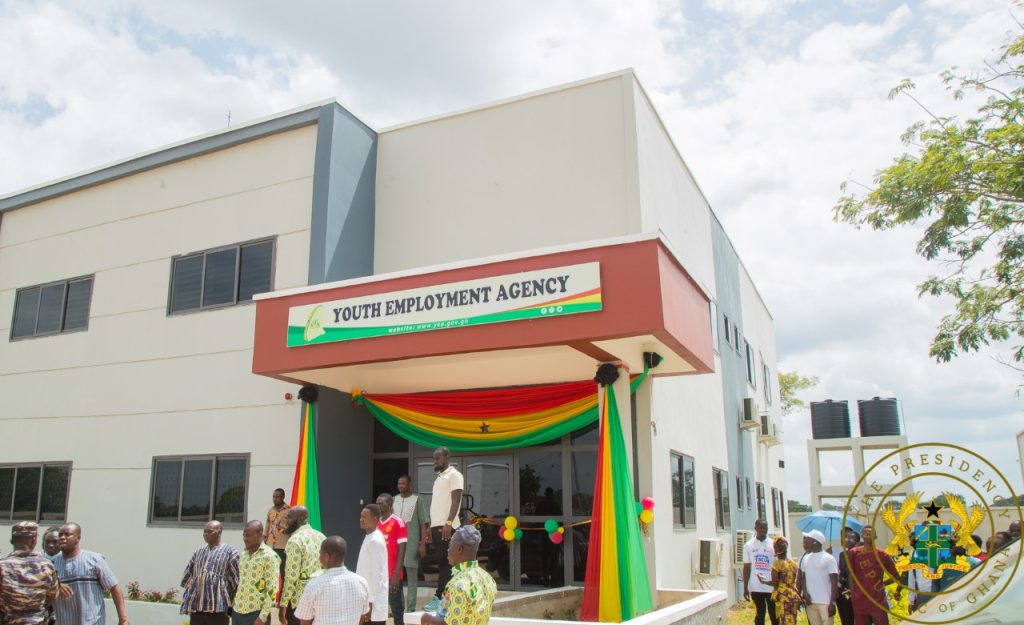 President Akufo-Addo also commissioned the new Regional office of the Youth Employment Agency for the North East Region, adding up to others already completed in the Oti, Western North and Ahafo Regions.