This according to a Deputy Minister, Kwaku Ampratwum-Sarpong is an indication that the government had no hand in the demolition, which was carried out by a private developer.

There was widespread information on social media creating the impression that the government of Ghana had a hand in the demolition of the Bulgarian Chancery in Accra.

Speaking to Journalists in Accra, Mr. Ampratwum-Sarpong confirmed that the piece of land in contention belongs to the government of Bulgaria.

He disclosed that the demolition was carried out six years ago. 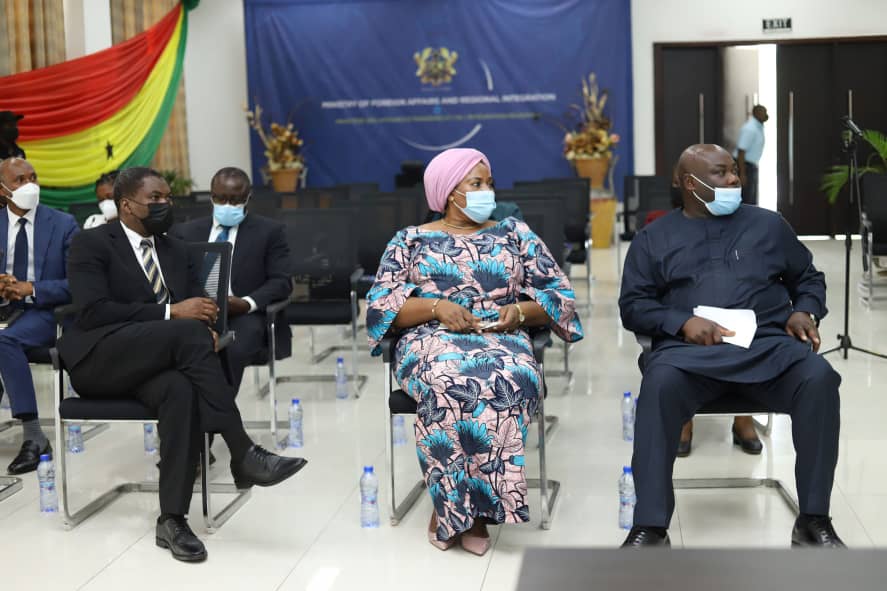 Demolition of the Bulgarian Chancery in Ghana, which is one of two properties owned by the Bulgarian government in Accra was the subject matter of an emergency media briefing by the Ministry of Foreign Affairs, after images went viral on social media creating the impression that the act was recent.

Presenting the facts of the matter to the media, Deputy Minister of Foreign Affairs and Regional Integration, Kwaku Ampratwum-Sarpong said the Bulgarian government acquired the land through a 50-year lease agreement and paid the full cost of GHC1Million Old Ghana Cedis in 1983 to the Landlord.

This means the Bulgarian government currently has 11-years left on the lease. Disagreements over the land begun following the demise of the Landlord, when the Administrator of the Estate attempted to forcefully repossess the property claiming non-payment of rent arrears.

But According to the Deputy Minister, documents available to the Attorney General indicate that the land and property in question belongs to Bulgaria.

“I have had instructions from my appointing authority (President Akufo Addo) to resolve this matter because it is a blot on Ghana’s image in the diplomatic circles……I can tell you that he (the trespasser) has no political support whatsoever. No one in government has called me to intercede on his behalf since the President gave me the directive”

Mr. Ampratwum-Sarpong said the Ministry is working with the relevant government agencies to apply the necessary sanctions to the private developer who had defied directives to stop work on the land.