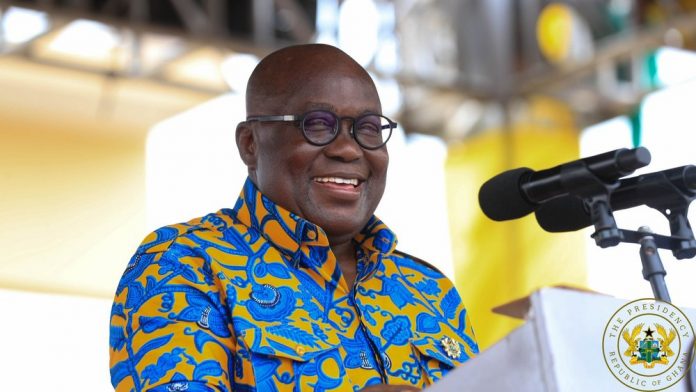 President Akufo-Addo is in the North East Region on a working visit. This comes a day after a similar visit to the Upper East.

President Akufo-Addo is said to have commended chiefs and People in the North East Region for endorsing his candidature in the 2020 general election.

He said for the first time in Ghana’s elections, the NPP won four out of six parliamentary seats in the region and his government also obtained the highest presidential votes.

President Akufo-Addo who was speaking at the palace of the Overlord of Mamprugu, Naa Bohagu Mahami Abdulai Sheriga, as part of a two-day tour of the region, said more sons and daughters of the region, will be appointed into his government as a sign of appreciation.