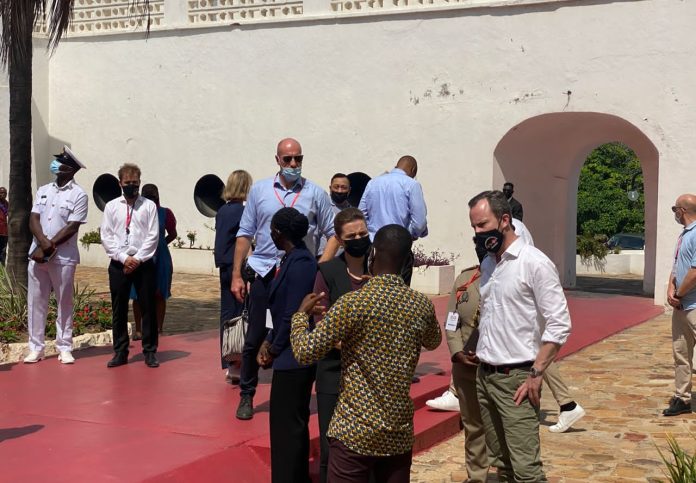 On day two of the Prime Minister of Denmark’s working visit to Ghana, Mette Frederiksen, toured the Osu Castle, also known as the Christiansborg Castle in the Greater Accra Region.

Located just off the shores and just by the Atlantic Ocean, the Castle was built by the Danish in the 1660s, before it was passed on to many different owners.

The Danish Premier’s visit to the Castle was to receive insight into the Danish Colonial History, relive the past experiences at the then Fort Christiansborg. 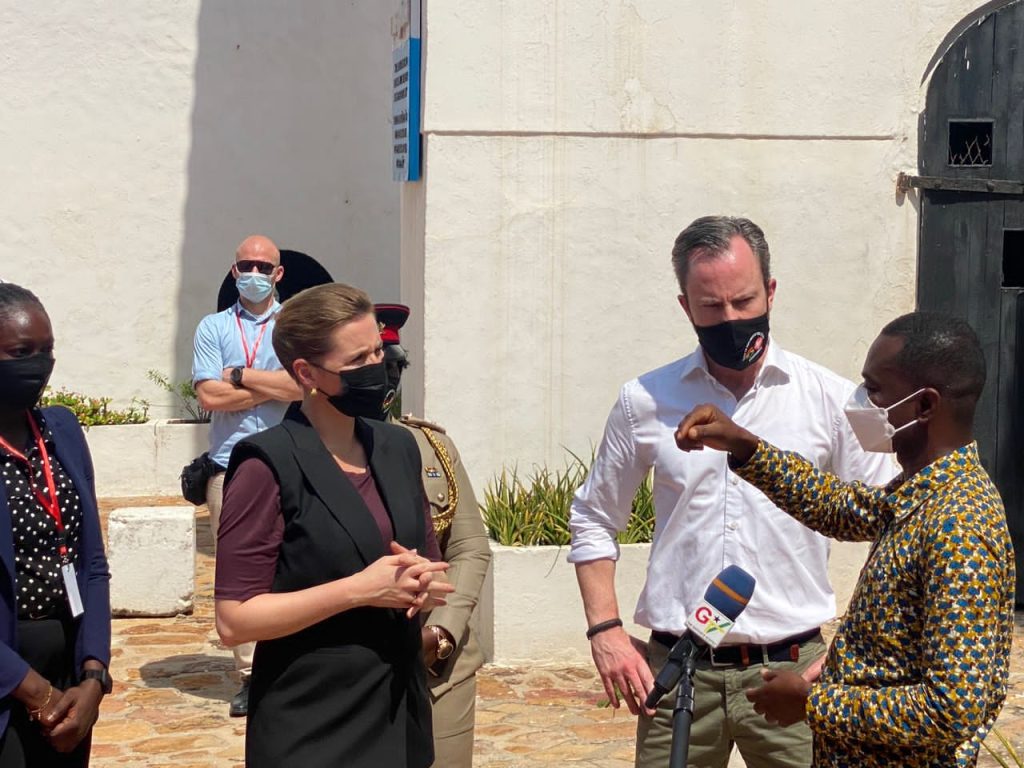 The Tour Guide and the Head of Communication at the Ghana Museums and Monuments Board, William Nsuiban Gmayi, said that significantly, the Osu Castle, just like other monuments in Ghana, is the continuing history of European-African encounter over five centuries and the starting point of the African Diaspora.

“As symbols of trade, and particularly the slave trade, monuments need to continue to reflect the way they were used”, he added.

“The relevance of this citadel continues to attract thousands of people from the diaspora and even Ghanaians for various reasons. The capture of Castle by Asameni, an Akwamu in 1693 did not only show the tenacity and resistance of the Gold Coasters to colonial rule but also serve as the seat of government during the Rawlings era from 1981-2000”.

The Prime Minister of Denmark, Mette Frederiksen, commended the people of Ghana, for preserving the history of the Country, which is promoting Ghana’s tourism industry.

“This monument demonstrates a history of change and a symbol of European-African encounters and of the starting point of the African Diaspora”, she added. 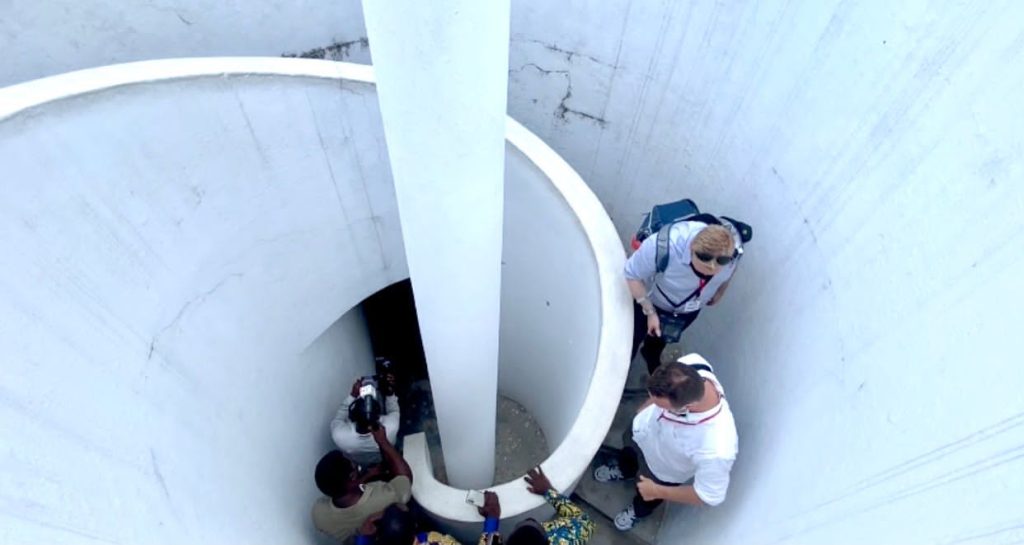 Walking through the corridors of the Osu Castle, to one of the condemned cells, the Prime Minister of Denmark, Mette Frederiksen, got a glimpse of one of the darkest chapters of the past transatlantic slave trade. These slaves were kept in dungeons at the ends of the castle, transporting them through the “DOOR OF NO RETURN” to the arriving ships.

A minute silence was held in honor of lost souls during the slave trade era.

As part of her tour of the Castle, Mette Frederiksen, held a closed-door meeting with Heads of the ECOWAS Multinational Maritime Coordination Centre of zone F.

The Centre is on the premises of the Osu Castle, with the aim to contribute to a safer and secure maritime domain for the mariner in the Gulf of Guinea. 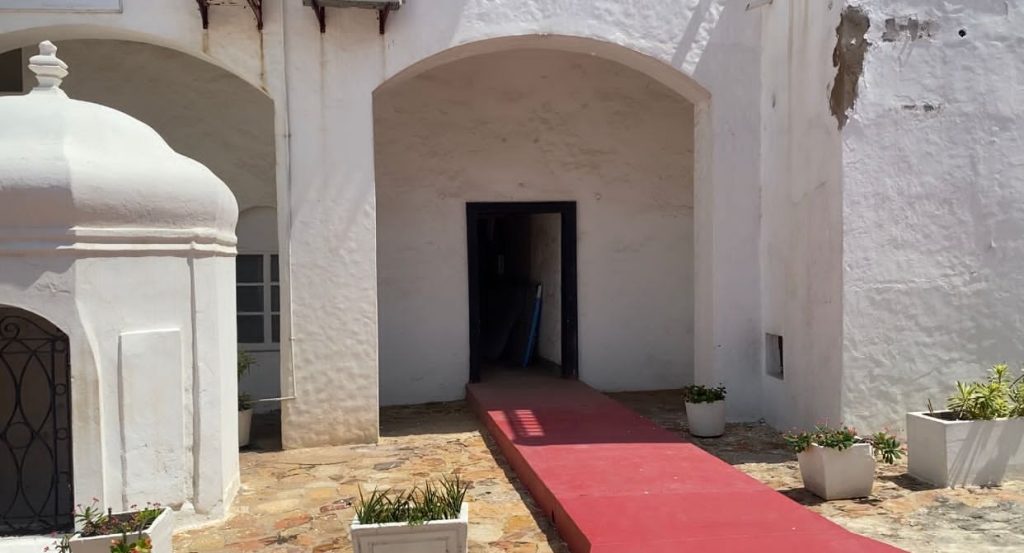 The Castle’s origins can be traced to a lodge built by Swedes in 1652. Nine years later, the Danish built a fort on the site and called it Fort Christiansborg, “Christian’s Fortress”, named after the King of Denmark, Christian IV.