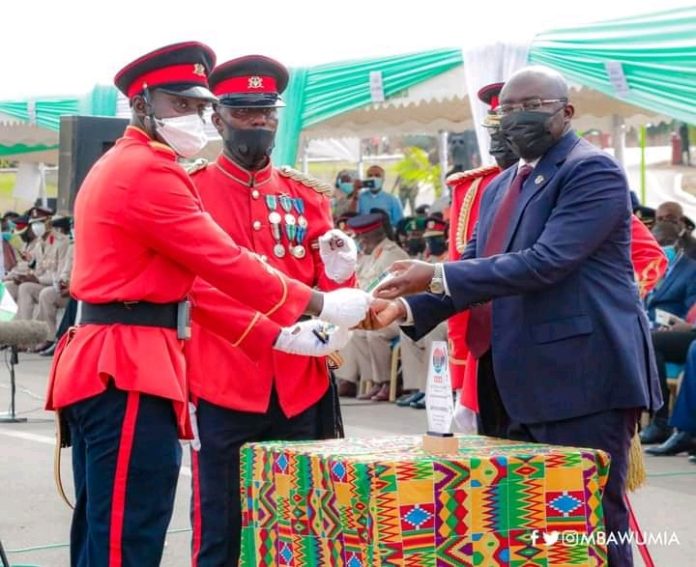 Vice President Mahamudu Bawumia has challenged the Ghana Armed Forces to remain steadfast in the fight against illegal mining amid the threatening effect of climate change which is also having a toll on the country’s water bodies.

Addressing the Short Service Commission and Special Duties Intake 59 graduation ceremony at the Ghana Military Academy in Accra, Dr Bawumia said governments over the years have made conscious efforts to provide the Ghana Armed Forces with the needed resources to enhance their operations. He said plans are far advanced for the construction of 15 forward operating bases across the northern sector for the Armed Forces. He entreated the Armed Forces to work collectively to protect the country’s borders and always put Ghana first as enshrined in the Ghana Military Academy Honor Code. 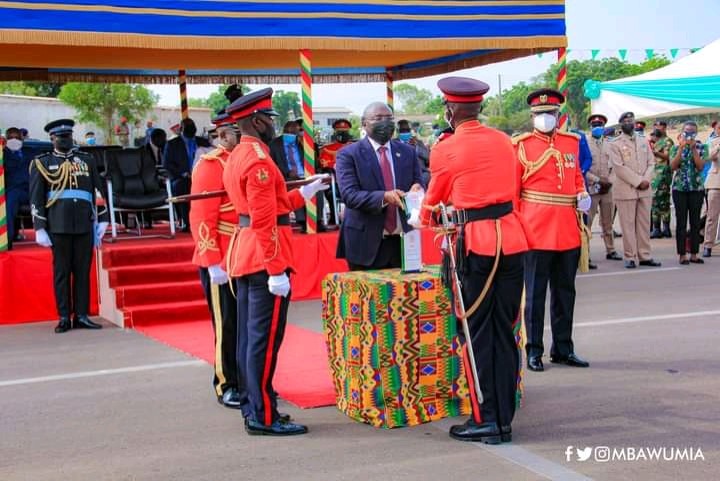 The Officers were trained in drill, tactics, fieldcraft, map reading, weapon training and physical training. The Short Service Commission and Special Duties Intake 59 is made up of 36 Army Officers, 19 Navy Officers and 24 Air force Officers. Vice President Bawumia asked the officers to always put Ghana first and protect the country in the wake of the COVID-19 pandemic and the challenge with climate change.

The Vice President mentioned some of the projects being undertaken by the government to enhance operations of the Ghana Armed Forces. 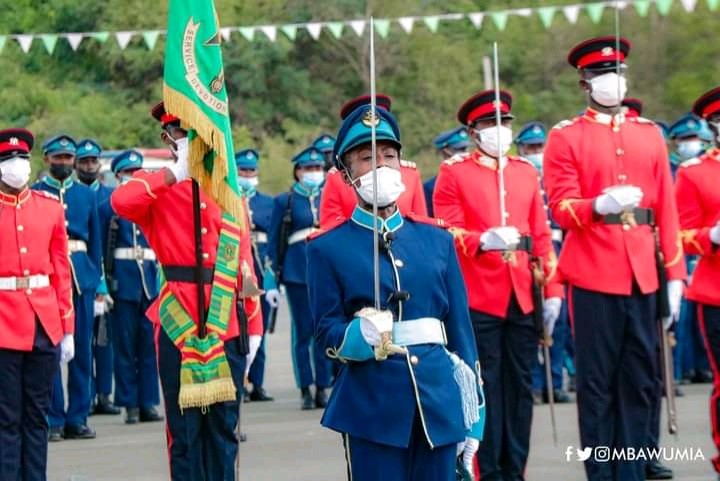 The Ghana Military Academy since its establishment in 1960 has trained over 5000 potential Ghanaian officers. The Academy also trains cadets from some sister African countries. The Short Service Commission and Special Duties Intake is a six-month training run for direct entry for professionals and servicemen whose services are required by the Armed Forces as specialist officers.

However, this year’s course lasted for 5 months instead of the usual 6 months.