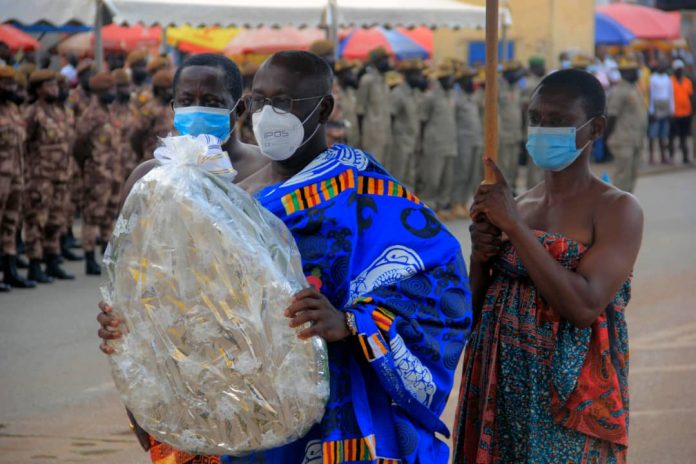 Ghana joined other countries to celebrate Ceasefire Day (Remembrance Day) with wreath-laying activities in parts of the country. In the Ashanti Region, the event took place in front of the Central Post Office at Adum in Kumasi. November 11, each year is set aside as a day to pay tribute to all the people who sacrificed their lives in World Wars One and Two in the cause of peace.

In 1918, the Ceasefire which ended World War One became effective at 11 am of 11th November when the guns fell silent in France and Belgium ending four years of hostilities. 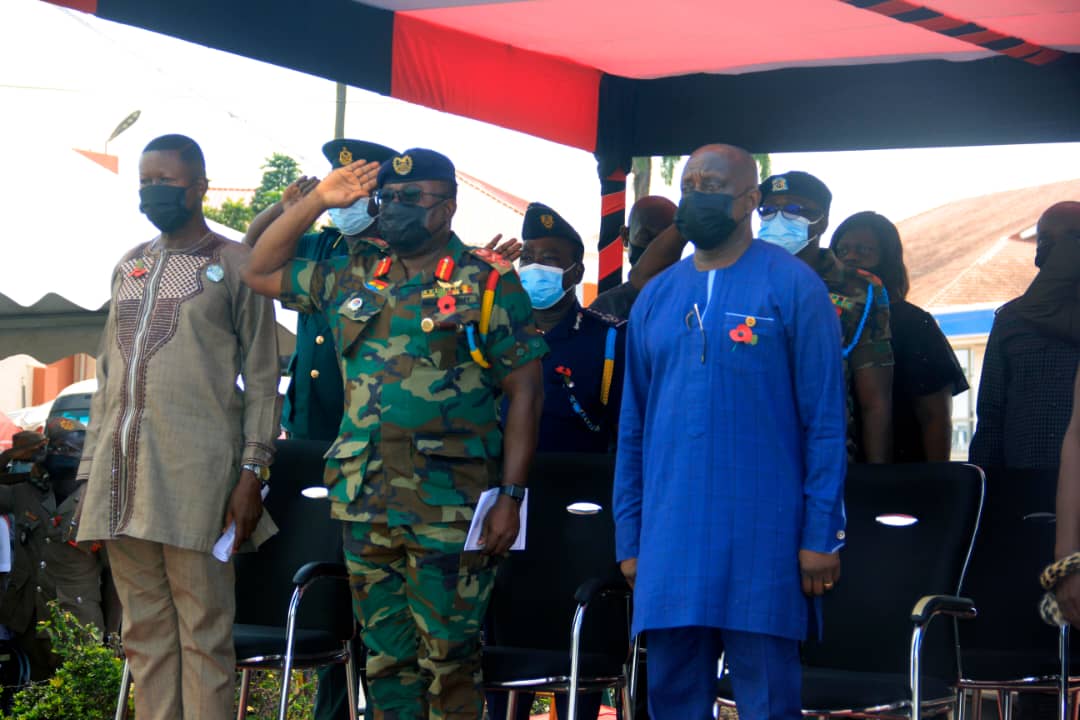 The day was called Ceasefire Day. Ghana then Gold Coast and being part of the British Empire sent her sons overseas to fight in this war and some lost their lives.

After World War Two, Ceasefire Day was renamed Remembrance Day, to remember those who were killed in the two world wars and instituted as a National Day of Remembrance. It is in this respect that a Remembrance Day service was held in Kumasi. 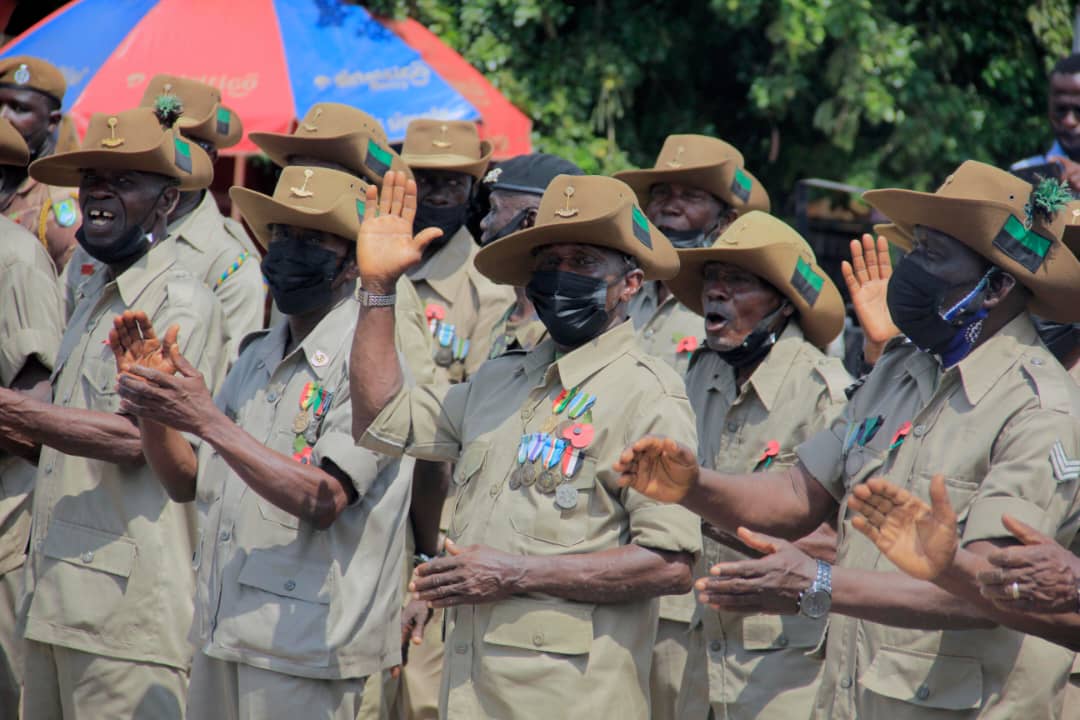 Seven groups made up of troops from the Headquarters of the Central Command of the Ghana Army, 4 Infantry Battalion,and personnel from the Police Service, Prison Service, Ghana National Fire Service, Ghana Immigration Service and Customs Division of the Ghana Revenue Authority formed the parade, with the Army Band in attendance.

Dignitaries at the occasion were Asafohene, Acheamfour Asafo Boakye who represented Asantehene, the Ashanti Regional Chairman of Veterans Administration, Ghana, Ex- Warrant Officer Class One George Appiah, Regional Heads of the security services, General Officer Commanding the Central Command of the Ghana Army, Brigadier General Joseph Appor and the Ashanti Regional Minister, Simon Osei-Mensah, who was the Guest of Honour. 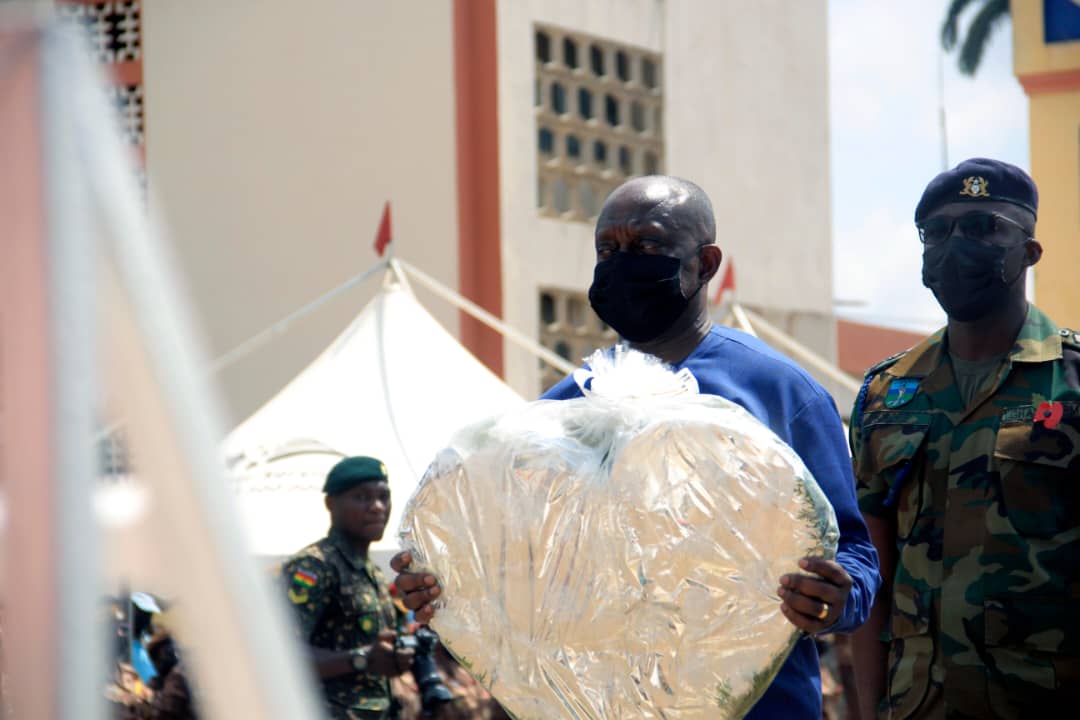 Traditional, Christian and Muslim prayers were offered for the departed soldiers and individuals. Kenneth Opoku Amponsah of the Kumasi Centre for National Culture gave a recital to add spice to the occasion, while 94 year old veteran Ex.Sergeant Samuel Kwabeng read the Biyon Verse. A farewell call was sounded, and thereafter, a siren was blown at exactly 11 a.m, with the tolling of the bells, some 74 years ago in Europe to symbolize the end of the Second World War.

Two minutes of silence for the falling heroes was also observed. 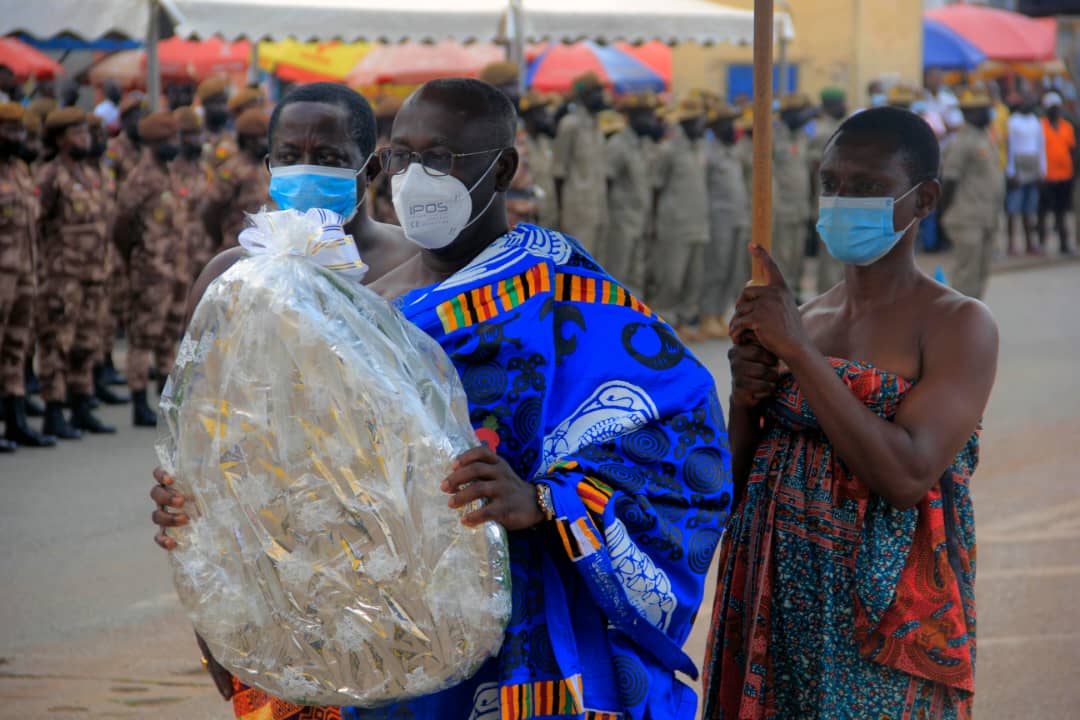 The Ashanti Regional Minister, Simon Osei-Mensah laid a wreath on behalf the government and people of Ghana, while the General Officer Commanding the Central Command of the Ghana Army, Brigadier General Joseph Appor laid one on behalf of the security services in the Ashanti region. Asafohene, Acheamfour Asafo Boakye Agyemang Bonsu laid a wreath on behalf of the Traditional Authority and the community, while the Ashanti Regional Chairman of Veterans Administration, Ghana, Ex-WO 1 George Appiah laid one on behalf of Veterans. 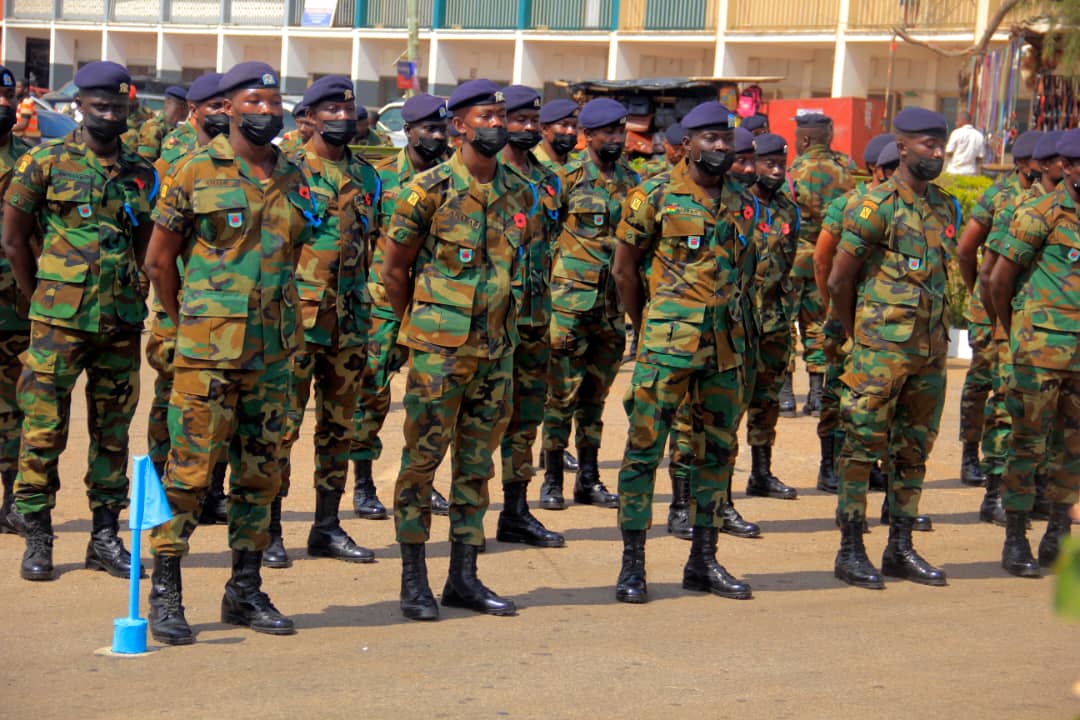 Correspondent Kofi Sakyiamah Pobi reports that this year’s Remembrance Day celebration was held at the fore Court of the Cape Coast Castle.The parade was made up of five officers and contingents from Immigration Service, Fire Service, Police, Ghana Army and Adisadel college cadet. Wreaths were laid on behalf of the government of Ghana,the Traditional Authorities, Security Services and the Veteran Association of Ghana. The Central Regional Minister Justina Marigold Assan used the occasion to laud the gallant efforts of the soldiers and assured them of the Regional Coordinating Council’s readiness to support them.