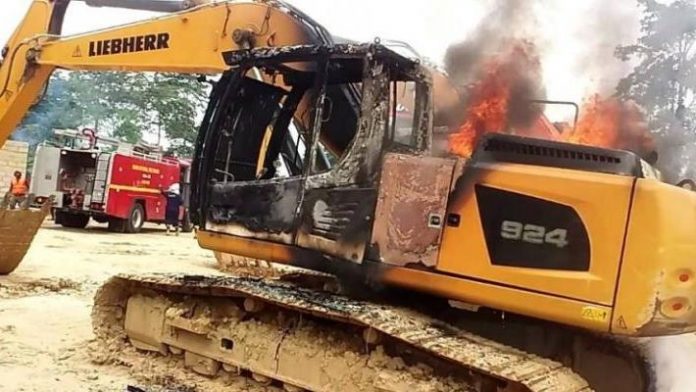 President of the Ghana Small Scale Miners Association, Philip Akuffo, has called on government to take a second look at the policy of burning excavators ceased from illegal miners.

He said the excavators are also used by licensed small scale mining companies in their activities.

Speaking to GBC NEWS at an Emergency meeting held at Tarkwa on the burning of excavators and other equipment seized from illegal mining sites Mr Akuffo explained that, it is the same excavators which will be needed to reclaim the mine and lands devastated by activities of illegal miners.

The Association, he said, nonetheless supports government’s anti-galamsey operations which are aimed at bringing sanity into the sector.

The Chief of Prestea, Nana Ntebuah Prah called on government to resource and empower the regulatory agencies to do their work. According to him, this will yield positive results for the country.

Covid: WHO to investigate virus origins in China’s Wuhan