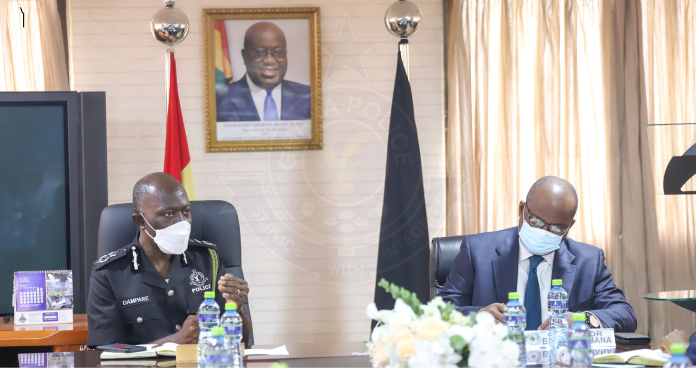 Following attacks on some cash-in-transit operations, the Police Administration is reviewing its strategy on the movement of cash across the country.

In recognition of the critical role played by stakeholders and the need for stronger partnerships with them, the Service held a meeting with officials of the Bank of Ghana (BoG) and the Association of Bankers at the Police Headquarters. The meeting highlighted new strategies being mapped out by the Police Service to counter cash-in-transit robbery attacks and the challenges that are encountered. 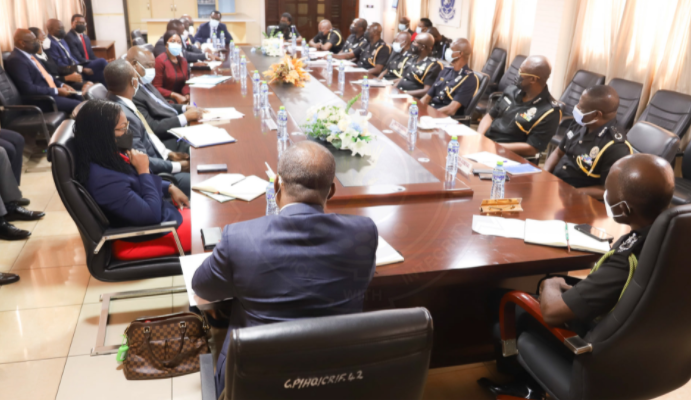 All areas of collaboration between the Police and the banks were examined. The meeting which was chaired by the IGP was attended by members of the Police Management Board, the Governor of the Bank of Ghana and his Deputies, the President, the CEO, and other Executives of the Association of Bankers. Also present were CEOs of most of the major banks in Ghana.

The Police Administration during the meeting assured players within the banking sector and members of the public that it is committed to ensuring a safe and secure atmosphere for the banking industry and guaranteeing the safety of all persons in the country. The Service also pledged to provide the Police with the needed protection to enable them to deliver on their mandate.

Over 100,000 voters to partake in Special Voting today