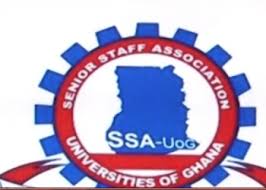 The Senior Staff Association of Universities of Ghana is likely to call off its nationwide strike following a meeting with the Fair Wages and Salaries Commission yesterday.

The meeting sought to resolve concerns for improved working conditions and issues on their tier two allowances.

Speaking on Behind the News, President of the Association, Mohammed Zakaria said issues raised by the Association during the meeting were given the needed attention.

He said the Association’s National Executive Council will be briefed on the outcome of the meeting for a final decision.

Chelsea ready to take top-four fight down to the wire: Sarri