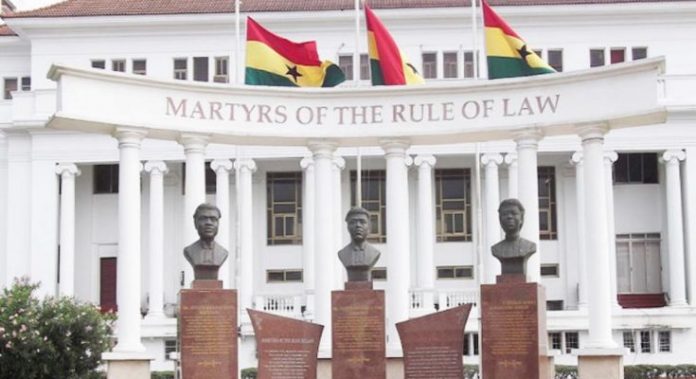 The Supreme Court says charges levelled against a former Director-General of the Social Security and National Insurance Trust (SSNIT), Ernest Thompson and four others by the state are inappropriate.

In a unanimous judgment of a five-member panel of the Supreme Court, presided over by Justice Yaw Appau, the charges preferred against the accused persons do not meet the constitutional requirements.

This was after the State had gone to the apex court to challenge the Court of Appeal’s ruling that the particulars of offence levelled against Thompson were scanty.

The panel ruled that the apex court is in agreement with the ruling of the Court of Appeal and so there is no merit in the application and dismissed it.

Justice Yaw Appau after the court dismissal of the application charged the Director of Public prosecution, Yvonne Atakora Obuobisah, to go back and look at the charges and provide enough particulars to them.

Mr. Thompson and four others have been accused of causing financial loss of more than $14.8 million in the SSNIT Operational Business Suite (OBS) project.

They have pleaded not guilty to the charges with the trial yet to commence at the Accra High Court due to the legal tussle over the particulars of the offences.

VEEP Bawumia touts achievements of NPP in Ashanti as he ends...