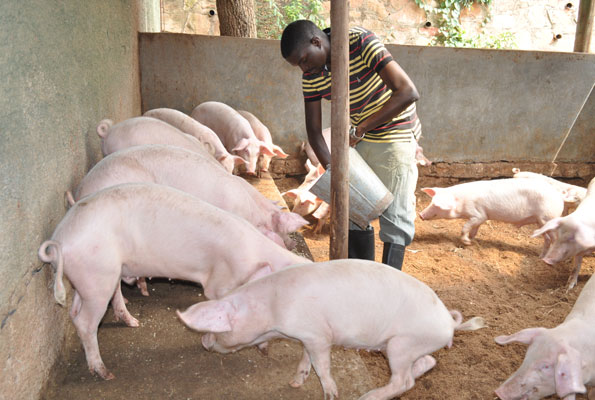 The Bono Regional Veterinarian, Dr. Donald Joachim Darko has revealed that measures have been intensified to ensure restriction of movement of pigs and the distribution of pork products at Jankufa in the Jaman North District of the Bono region.

This is to prevent further spread of the local outbreak of African Swine Fever.

Dr. Darko in an interview with GBC News said the disease is highly contagious hence, the need to restrict movement of pigs to prevent further spread.

Surveillance in the Community by the Veterinary Services confirmed test results that African swine fever caused the deaths of the affected pigs.

At least 200 pigs have so far been killed with seven pig farms affected.

A multi-agency effort is consequently underway to ensure the highly contagious disease does not spread.

Dr. Donald Joachim Darko who is the Bono Regional Veterinarian said they are restricting movement of pigs and pork products as the disease is highly contagious. Dr. Darko further urged pig farmers in the community to restrict farm-to-farm movement to curtail spread of the disease.