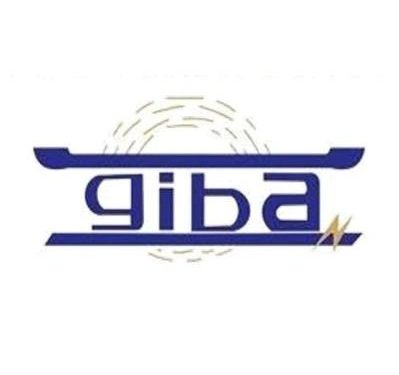 The Ghana Independent Broadcasters Association, (GIBA), has recommended that the National Security Ministry, takes urgent steps to engage the media and the public on the functions of its outfit.

This follows the Ministry’s investigation into the conduct of its officers after the arrest and assault of Citi News’ Caleb Kudah, and the harassment of Zoe Abu Baidoo Addo, also a Citi FM journalist.

Despite admitting that its officers acted inappropriately and suspending the secondment of four officers from the National Security to face further probe and disciplinary action, one of the officers, who’s the immediate past Director of Operations at the National Security Ministry, Lieutenant Colonel Frank Agyeman, has been appointed as the Commanding Officer of the 64 Infantry Battalion.

During a visit by GIBA to solidarise with the management of Citi TV and Citi FM, the President of GIBA, Andrew Danso-Aninkora, said such a move would be a step in the right direction.

According to him, the media and the citizenry need to be engaged thoroughly to help Ghanaians understand the modus operandi of the nation’s security infrastructure.

“The Ministry is carrying out an investigation into something I believe was internal, and so they have the right to do that, but beyond that, they would have to continue engaging especially the media to help in the understanding of the security infrastructure in this country, the whole architecture of security of this country. I think we need to clearly define who belongs to where and at what point do you get the military crossing over and at what point do you get the policemen also crossing over and when you need that combination between them. I think all these issues need to be explained outrightly.”

Mr. Caleb Kudah was arrested at the National Security Ministry on May 11, 2021, for filming abandoned MASLOC vehicles parked at the premises of the Ministry.

He was at the Ministry to verify a claim by an official of MASLOC that all the cars procured by the agency had been given out.

This was after Caleb Kudah had complained about the wastage of public funds on social media.

Meanwhile, three police officers involved in the attack on Caleb Kudah, have been withdrawn from the National Security Ministry.

They are also to face disciplinary action from the Ghana Police Service.

“The three (3) police officers involved have been withdrawn and are to report to the Ghana Police Service for investigation and disciplinary action,” a statement from the Ministry of National Security and signed by the sector minister, Albert Kan-Dapaah stated.

It has also withdrawn the secondment of its Director of Operations, Lieutenant Colonel Frank Agyeman.

“The secondment of Lieutenant Colonel Frank Agyeman (Director of Operations) at the Ministry has been reversed. The officer is to report to the Chief of Defence for further investigations and appropriate action.”

This was after the Ministry, instituted an investigation into the assault, also concluded that the actions of its operatives violated the Ministry’s operating standards.