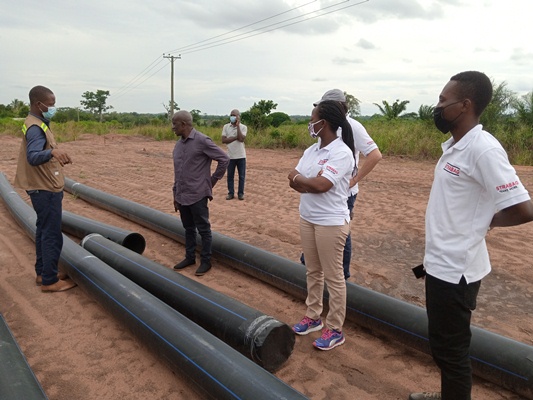 Works are progressing steadily on phase three of the “Five District Water” project in five districts of the Volta Region which is facilitated by the Community Water and Sanitation Agency (CWSA).

The project forms part of government’s “Water For All” policy which is aimed at ensuring frequent potable water supply for residents of rural and peri-urban communities in the country.

The Chief Executive Officer of the CWSA, Dr Worlanyo Siabi after inspection of the project and community engagements in the Central Tongu District of the Volta Region disclosed that work is 25 percent complete and expressed the hope that the entire project will be completed within schedule. 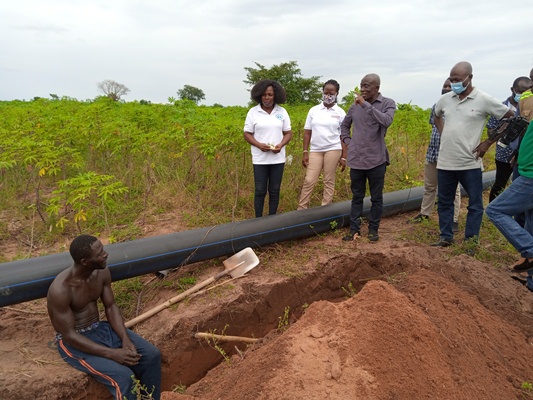 President Nana Akufo-Addo in September last year cut the sod for the commencement of the third phase of the ‘Five District Water’ Project in Adaklu-Anfoe in the Adaklu District of the Volta Region.

The project is scheduled to be executed is two years which ends in November 2022. It is being undertaken by an Austrian firm, Strabag AG at the cost of 11.5 million Euros, a credit facility financed by the Raiffeisenbank International of Vienna Austria.

Nearly 90,000 people in 183 communities in the Central and North Tongu, Adaklu, Agortime Ziope and Ho West districts will benefit from the project which is sourced from the Volta River.

The Chief Executive Officer of the Community Water and Sanitation Agency (CWSA), Dr Worlanyo Siabi and a team of engineers of the agency toured project sites in the Central Tongu district to have first-hand information about progress of work.

They also engaged community members to enquire their opinion and level of satisfaction about the project. Dr Siabi noted that his outfit will ensure that the contractor executes quality work and on schedule considering the level of work done so far.

“So far work done is about 25 percent and all the land acquisition and other things have been sorted out. Those activities that would delay projects have dealt with. Considering what I have seen on the ground, I am hopeful that the project would be completed within schedule if the Contractor doesn’t face challenges,” he said. 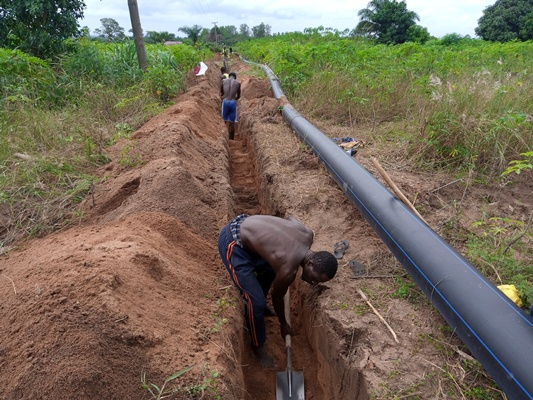 The District Chief Executive of Central Tongu, Thomas Moore Zonyra said the project is a dream come through for the Assembly after several efforts to extend water supply to several communities in the district yielded minimal results.

The Deputy Project Manager of Strabag AG, Eunice Bloder said her outfit has so far not encountered major challenges hence the smooth flow of work and was hopeful that it will be completed with the two years period scheduled. Residents of mostly rural communities visited were grateful to government saying that the project will fulfill their long term dream of having potable water for domestic purposes and healthy living.