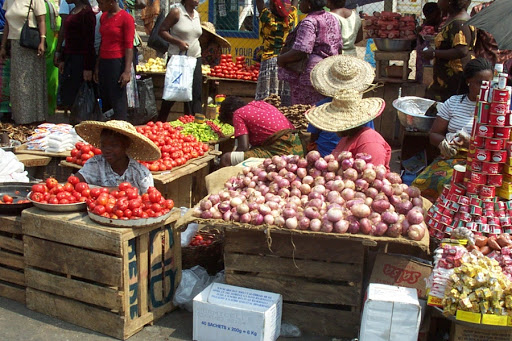 Traders at the La Dadekotopon Market have lauded the efforts of the Municipal Assembly in the construction of an ultra-modern market complex for the community.

The construction of the market which now serves as a Business Centre for La, Osu, Teshie, Nungua and other surrounding areas, began about five years ago.

It is now being used by traders who are occupying stalls on the ground floor of the three-storey building of stores of various sizes.

A visit to the market revealed that the last two floors are yet to be given out to traders who are mostly new entrants.

President of the La Market Association, Christiana Yemoley Laryea said though they are excited about the new market complex, there are some challenges she believes when addressed, will enhance their trading activities.

The building of the La Dadekotopon new market complex span five years instead of the projected 18 months.

The three-storey building comprises 210 sheds, 56 stalls, two banking halls and washrooms. Revenue made from the stalls and the banking halls will be used to cater for the expenses of the market.

The market women occupying the ground floor of the complex made an advance payment of 300 cedis for six months before moving in and after the period, they would be paying 50 cedis every month. The market women pay one cedi as a daily toll fee.

Traders occupying the sheds located at the south wing of the market, do not pay rent. The traders expressed appreciation for the new market but said the issue of electricity and water has become their major challenge.

President of the La Market Association, Christiana Yemoley Laryea and her Executives say the earlier agreement with the authorities was to rent out the stalls and the banking halls and the proceeds, used to finance some expenses of the market like electricity, water and rent. But according to Madam Laryea things are now different.

The traders called on the Assembly to keep their promise of ensuring that traders who sell at the outskirts of the are stopped and relocated into the market complex.

Story filed by: Naa Dzagbley Ago and Mabel Annang

Is the Odaw River ready for fishes?