The Trades Union Congress, Ghana, has called for ingenuity in the country’s economic management to address the multiplicity of challenges regarding the impact of COVID-19. It noted that economic austerity appears attractive and even obvious, but it has negative implications for the recovery of the economy and for citizens.

The TUC, therefore, advocated deeper consultations and honest discussions among the social partners about the economy, jobs and livelihoods, wages and salaries, debt, and pensions, which outcome should be factored in the 2022 budget process. These are contained in the TUC’s observations on the country’s macroeconomic management and proposals for the 2022 Budget presented to the government. 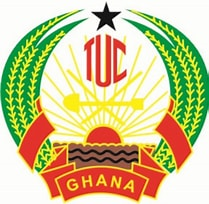 The union noted that, so far, the anticipated sharp rebound of economic growth for 2021 has not materialized, despite the easing of the pandemic restrictions. It is therefore important for the government to explore innovative ways to address revenue shortfalls and streamline expenditures.

The TUC proposes that, in the face of the COVID-19 difficulties, the 2022 Budget should make the necessary provision to ramp up the vaccination programme to achieve the target of at least 20 million Ghanaians before the end of the year. This the TUC believes will boost confidence in the economy, restore economic activities and help the recovery process tremendously.

On the public debt stock, the TUC says some level of fiscal consolidation is warranted, stressing, this must be done carefully and in a manner that supports the pace of recovery. The TUC noted that in situations like this, austerity may present itself as an attractive economic policy, but excessive austerity will hurt the economy and create political and social tensions, as is being witnessed at the labour front after the government granted a paltry four percent increase in public sector pay for 2021. To the TUC, Aggressive revenue mobilization is the ultimate solution. There is an urgent need to plug the loopholes in the tax system.

Government also needs to consider increasing the tax rates on some selected products and the TUC fully supports the call by the International Monetary Fund for the government to raise the tax on tobacco and alcohol. The TUC says increasing the tax rate on tobacco, alcohol and drinks with high sugar content will discourage the consumption of such products and help raise more revenues, aside from helping to address the health challenges these products pose to Ghanaians.

Still on the TUC’s proposals for the 2022 budget, the union identifies property taxes as another viable solution for the revenue shortfalls. It is important for the government to work with the District, Municipal Metropolitan Assemblies to collect the property taxes in an effective and efficient manner.

Turning to the country’s borders, the TUC says as part of measures to raise more revenue, the government should open all land borders immediately. It noted that though the borders are officially closed, people are shuffling across the borders with goods and the nation is being denied millions of Cedis, because they are not paying the appropriate custom duties. To the TUC, the revenue shortfall also demands a thorough review of the country’s mining sector. It urges the government to engage the mining companies to explore ways they can make special contributions, in the form of a special levy for a period, to finance the recovery.

On job creation, the TUC wants the government in its 2022 Budget Statement to give every Ghanaian the opportunity to be part of the economic development process through massive job creation in both the public and private sectors of the economy. Government should also review the various public sector employment programmes, such as the Youth Employment Agency and the Nation Builders Corps, NaBCo, to ensure synergy and eliminate costly duplications, thereby freeing up resources for hiring more young people.

Touching on pension issues, especially, the Tier-Two, on lump sum payment, the TUC says it is regrettable that after more than a year, the government has not paid the top-up lump sum for workers who retired in 2020. It noted that the delay is causing severe hardships for the retirees and called on the government, as a matter of urgency, to pay the top-up lump-sum for the 2020 retirees and work towards topping up the lump-sum benefits for those who are retiring this year. Going forward, the TUC says given the dire state of government finances, a cost-neutral approach must be sought to address the inferior pensions for those retiring in 2022 and beyond. The TUC therefore proposes an amendment of Act 766 to postpone the full implementation of the reforms regarding pension benefits, including lump sum benefits, until 2031.