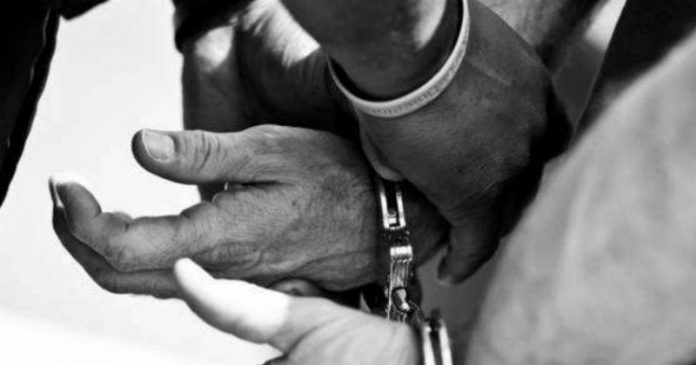 Two Fulani men suspected to be highway armed robbers have been arrested at Fumbisi in the Builsa South District by the Upper East Regional Police Command.

A statement signed in Bolgatanga by Assistant Superintendent of Police (ASP), Mr David Fianko-Okyere, Public Relations Officer, Regional Police Command, said the two, Mumuni Bukari and Sediki Gomburi had been detained in police custody to assist the investigation.
According to the statement, on June 18, 2021, at about 1930 hours the police received information that the two men who robbed commuters on the Butrisa- Fumbisi road were spotted in Fumbisi Township.
That followed complaints received On June 17, 2021,  at the  Fumbisi Police station that at about 2030 hours same day, some people were robbed of their unregistered Haejue mapuka motorbike with chassis number  LC6XCHSD3K1013107, four (4) phones,  motor ignition keys, and a sum of Ghc1,020 on the Butrisa -Fumbisi road by two Fulani men.
The victims reported that one of the two robbers was holding a locally manufactured gun and the other a cutlass and they could easily identify them, the statement indicated.
“On receipt of the information police proceeded to Fumbisi township and arrested,” it said.
The statement noted the suspects who claimed to come from Tatala in the North East Region were believed to have sneaked into the Fumbisi Township and its environs to carry out the nefarious activities.
“They are suspected to have an informant in town who feed them with information to operate. Some of the victims of the recent robbery attacks who were called to the charge office were able to able to identify the suspects with narrations on how they were individually dealt with at the robbery scene by the suspects,” it added.
The statement added that witness statements were obtained from the victims and the suspects would be arraigned before the court on June 21, 2021, for further action.
The statement noted that the police service in the region was poised to deal with all criminal activities and therefore appealed to the public to assist the police personnel with intelligence to enable them to operate effectively in the various communities.
“The Upper East Regional Police Command assures residents of robust posture to deal with all such violent crimes in the region hence the call to partner police through information sharing that would lead to the arrest of criminals”.
“Again residents are hereby cautioned not to habour criminals as it is an offence, instead they should alert police anytime they find a suspicious character in their communities,” the statement added.

Peru’s interim President resigns less than a week at post