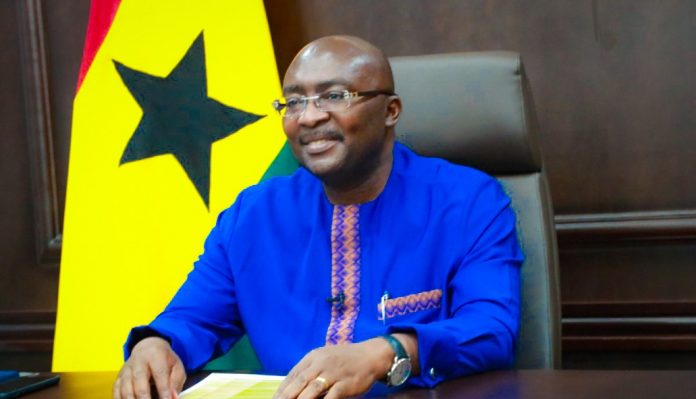 He said the country is being positioned for change, stressing that one cannot continue to do the same old things and expect new results in all sectors of the economy.

Vice President Bawumia said this at the First Graduation and the Fourth matriculation of the Madina Institute of Science and Technology (MIST) in the Greater Accra Region. He asked students to be interested in science and technology towards a database science-driven and digital economy.

The Vice President said Ghana cannot afford to miss out on what he referred to as the “Fourth Estate Revolution”.

Established in 2013, the Madina Institute of Science and Technology is focused on equipping students with theory and practical knowledge in Engineering and Business Technology.

Vice President Bawumia said the rapid adoption of digital technologies since 2017 has been driven broadly by the evolving change in the global economy.

It seeks to tackle the country’s development challenges, especially in public administration. He charged the graduates to go into the world and make a difference.

Chairman of the University Council, Hajj Salem Kifah Kalmoni, called for fruitful engagement with the alumni of the institute.

The President of the University, Hajj Prof. Abdulai Salifu Asuro announced that the University will soon introduce courses such as Nursing, Computer and database. Sixty-one students graduated with nine of them obtaining first class honors.

The best graduating female student award went to Safiatu Dawud. 76 students took part in the matriculation to undertake various courses at the University.