The incumbent Bono East Regional Chairman of the New Patriotic Party (NPP), Thomas Adu-Appiah has been deposed after he...
Read more

The Wa Municipal Department of Agriculture says the Rearing for Food and Jobs Programme, which was launched last year, is making modest gains in the Municipality.

Mr Kpiarakor said the initial sheep stock of 400 has increased to 545 sheep. 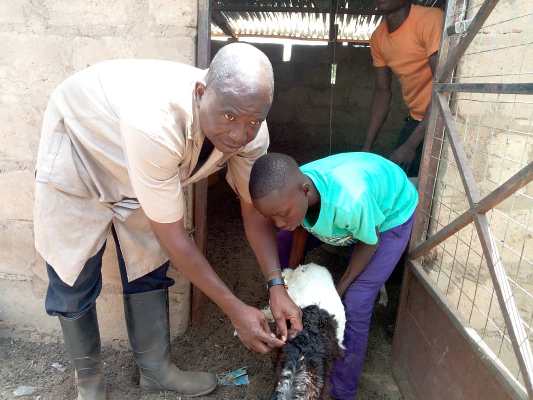 He said the increase is due to 67 births among the sheep which yielded 170 lambs; however, 25 have died.

Mr Kpiarakor said 56 sheep comprising 37 females and 19 males are ready for recovery from farmers for redistribution to other farmers.

The Rearing for Food and Jobs programme was launched in June last year by President Akufo-Addo in the Upper West Region.

The programme is to ensure immediate and adequate availability of meat and other livestock products in the country.

Farmers under the project benefit from free livestock, education on proper feed and nutrition as well as animal health. A part of the project also seeks to tackle the problem of market. 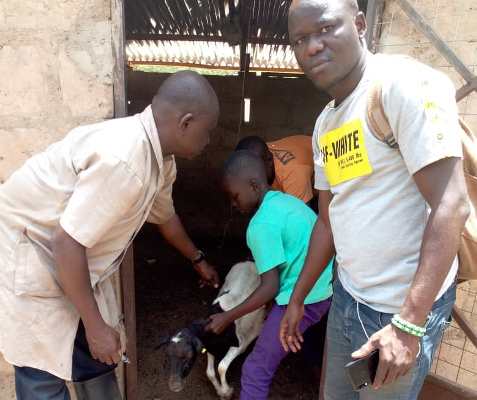 According to the Municipal Agriculture Officer, despite the successes, the program has faced several challenges.

“One major problem with livestock farming is housing. Going round for monitoring, the housing was not up to scratch. Some have kept the animals in hen coops so they could barely breathe. The other thing has to do with vaccination. There are vaccination routines that they need to comply with in order for the animals to be healthy but most of them [livestock farmers] were not following the routines,” he said.

The Officer said because the farmers received the animals for free, they were not prepared to give out monies for continuous vaccination or post-mortem on dead animals.

He said when the animals are due to reclamation by the Department of Agriculture, they are faced with a challenge because of the lack of a holding area.

On the special rice initiative, Mr Kpiarakor disclosed that 191 mini bags of improved rice seeds were distributed to farmers for cultivation. He said the farmers were able to cultivate more than 382 acres of rice.

Mr Kpiarakor said this means that there would be an abundance of rice later this year.

On the incidence of fall armyworm in the Wa Municipality, Mr Kpiarakor said due to the intervention of the Department of Agriculture, all 267 hectares of farmland that was affected by the worms were recovered. For Planting for Food and Jobs, more than 256,000 bags of fertilisers were distributed to farmers along with some improved seeds.

Mr Kpiarakor also mentioned that his office collaborated with GIZ for the training of farmers.

The incumbent Bono East Regional Chairman of the New Patriotic Party (NPP), Thomas Adu-Appiah has been deposed after he...
Read more
Politics

The Incumbent Savannah Regional Chairman of the New Patriotic Party (NPP), Iddrisu  Sulemana had a smooth sail in the regional executive elections. In the contest...
Read more