By Mabel Annang To help promote the use of renewable energy, the Ministry of...
Read more

Stakeholders in the Soya beans industry have called on the government to come out with a national strategic policy on the crop to help the sector grow.

The sector has no regulatory and national strategy policy in spite of its economic value and potential to the country.

Speaking at a workshop in Techiman, the Bono East Regional Capital, the Interim Chairman of the Soya Beans Round Table, Daniel Ahinkra, said there must be a regulatory system and a policy covering soya beans as a cash crop just like cocoa and other cash crops.

He said the economic potential of soya beans to the nation’s development is great as many countries across the globe including Brazil and South Africa are transforming their economy through the soya beans production.

The Interim Chairman of the Soya Beans Round Table, Daniel Ahinkra, noted that soya bean is a brown-gold on the international market and Ghana stands the chance of becoming one of the world-leading producers if attention is paid to the sector.

He appealed to the government to develop a national strategic policy that will govern soya beans production in Ghana such as putting restrictions on importation and exportation of the beans, supporting farmers with machinery, equipment, and farm inputs.

Mr Ahinkra said government should regulate the pricing of the farm produced and support the local industries. 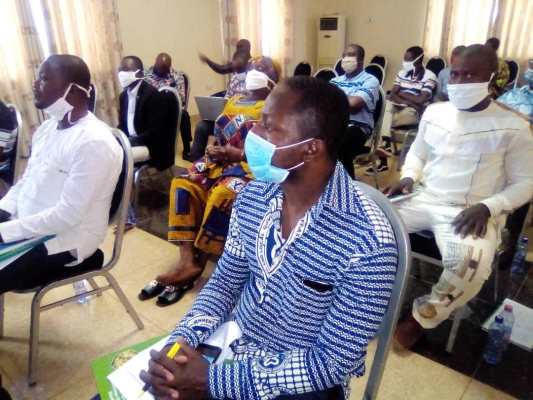 He said Soya beans has made Argentina and Brazil a powerhouse economy.

“You should be reminded that building this country will only and solely depend on us, for our development partners will always come with the assistance that we are getting. But in terms of reality, tangibility and sustainability is dependent on us. Let us all put our hands on the wheel.”

“It has made Argentina and Brazil powerhouse and successful economy in the world, so lets us also do it here in Africa so that at the end of the day and some ten to twenty years to come when we are talking about soya bean in Africa Ghana will not be left unmentioned,” he stated.

Mr Ahinkra said building a strong economy will only depend on how seriously the country treats the local industries. 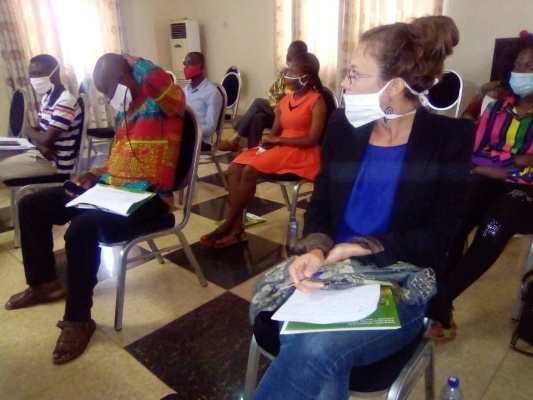 He said Ghana cannot continue to rely on foreign support and other partners to develop the sector but should find a lasting solution to the problem.

Madam Javss Sabrina from GIZ in her address said the activities of the project are not to enrich themselves but to transform the sector to the benefit of all.

“Now as Soya Beans Round Table Executives, you are the face of Ghana’s population. If Ghana is speaking about soya beans you are the first point of contact.”

“So you have to create awareness of the people about good quality of the soya beans made in Ghana produce. Again sustainability is key, I hope Soya Beans Round Table is not here to make money but to advocate for support to the sector,” Madam Sabrina explained.

Coordinator at the Ghana Commodity Exchange, Robert Owoo, appealed to the government to speed up the processes of completing the one district one warehouse project.

This, he said, will help farmers to have easy access to credit facilities at the various banks because they can get receipts to serve as collateral security.

The workshop was on the theme: “Developing Soya Beans as a Cash Crop for Ghana amidst Covid-19”.

The workshop brought together key players such as aggregators, farmers, input dealers, officials from the Ministry of Food and Agriculture, Processors in the Soya beans value chain sector among others.

By Helga Goka The Black Stars of Ghana will commence preparations for the 2023...
Read more
Politics