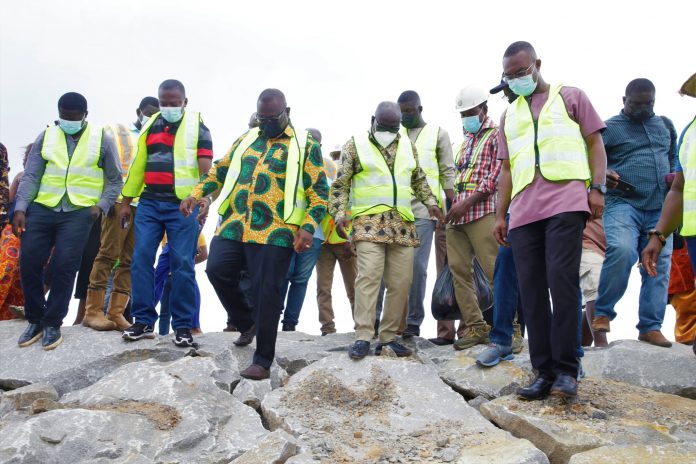 The Minister for Works and Housing, Francis Asenso-Boakye is on a 3-day working tour of the Central and Western Regions.

The visit is to inspect and have first-hand information on, ongoing coastal protection and housing projects of the Ministry. 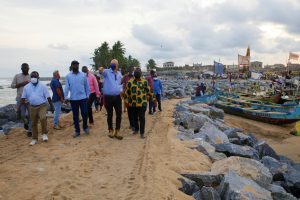 Touring the Anomabo and Komenda sea defence project sites, Hon. Asenso-Boakye expressed satisfaction with the level of the work done by the contractors and said the project will help protect lives and properties in the communities. 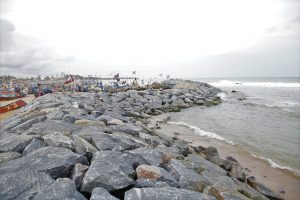 He added that the timely intervention of the projects has restored fishing and other businesses which hitherto, were collapsing due to the devastating effect of the coastal waves.

The Chiefs thanked the government for the timely sea defence wall built to protect their lives and properties.
The Hon. Minister will also pay a courtesy call on the Central Regional Minister and inspect Cape Coast and Elmina sea defence projects. 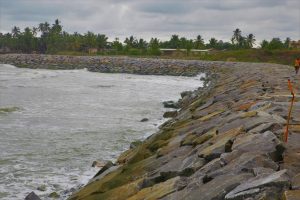 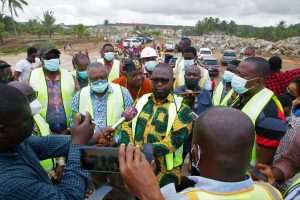