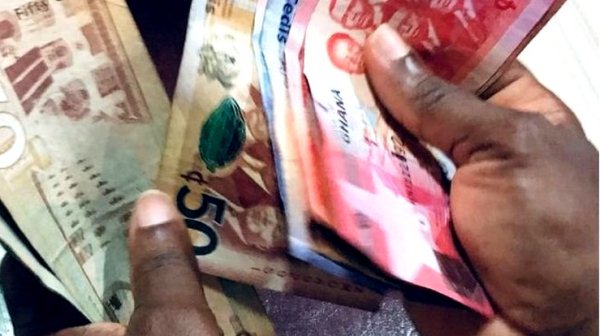 A Kumasi-based youth entrepreneurial group, SAYETECH, has emerged as winners of the Ashanti regional edition of the McDan Youth Connect Pitch competition with prize money of ¢10,000.

The winning group is in the business of assembling farm machinery and will use the prize money to expand their operations. This was at an event in Kumasi.

The  Ashanti regional edition of the McDAN Youth Connect pitch competition offered young entrepreneurs an opportunity to appear before a panel of judges with their business for vetting.

During a Youth Summit at Kwame Nkrumah University of Science and Technology (KNUST), ten of the groups that competed presented proposals to the judges in an attempt to not only win the competition’s grand prize money, but also to sell their business ideas to the investor community for support.

At the end of the various group presentations, SAYETECH, established by some young graduates of the KNUST and involved in the assembling of grain threshers to address the drudgery smallholder farmers go through in their production processes, emerged as the winner.

The group received the ultimate prize money of ¢10,000 from the McDAN Youth Connect Pitch.

Co-founder of the group, Theodore Ohene-Botchway, noted that helping to resolve concerns of small-holder farmers has a major impact on food security since they grow a chunk of the country’s food needs.

He said with prize money, SAYETECH aims to expand its business so as to impact more rural farmers who depend on its activities to remain viable.

The Chief Executive Officer of the McDAN Group, which is the brain behind the competition, Daniel McKorley, encouraged the youth and Ghanaian entrepreneurs to remain positive and responsive in their various chosen fields of interest.

The Kumasi youth summit, which was patronised by students at second cycle and tertiary schools, some traditional leaders and youth groups, also saw the McDAN Group CEO share free copies of his latest book with the winners and some of the students to motivate them to pursue entrepreneurship.