Story By: Nicholas Osei Wusu Voting has resumed after close to two hours of a partial halt in the ongoing...
Read more

Francis Edzornahttp://www.gbcghanaonline.com
The State Interest and Governance Authority (SIGA) has in consultation with relevant stakeholders developed a “Good Corporate Governance Code” for State Owned Enterprises.
Mr Stephen Asamoah Boateng, the Director-General of SIGA, said inadequate governance frameworks and procedures were critical contributors to many specified entities’ poor financial performance in Ghana hence the initiative.
Mr Boateng was speaking at a stakeholders’ consultation forum on the Draft Code of Corporate Governance in Accra, on Tuesday.
It is to strengthen good corporate governance practices in specified entities for national development. 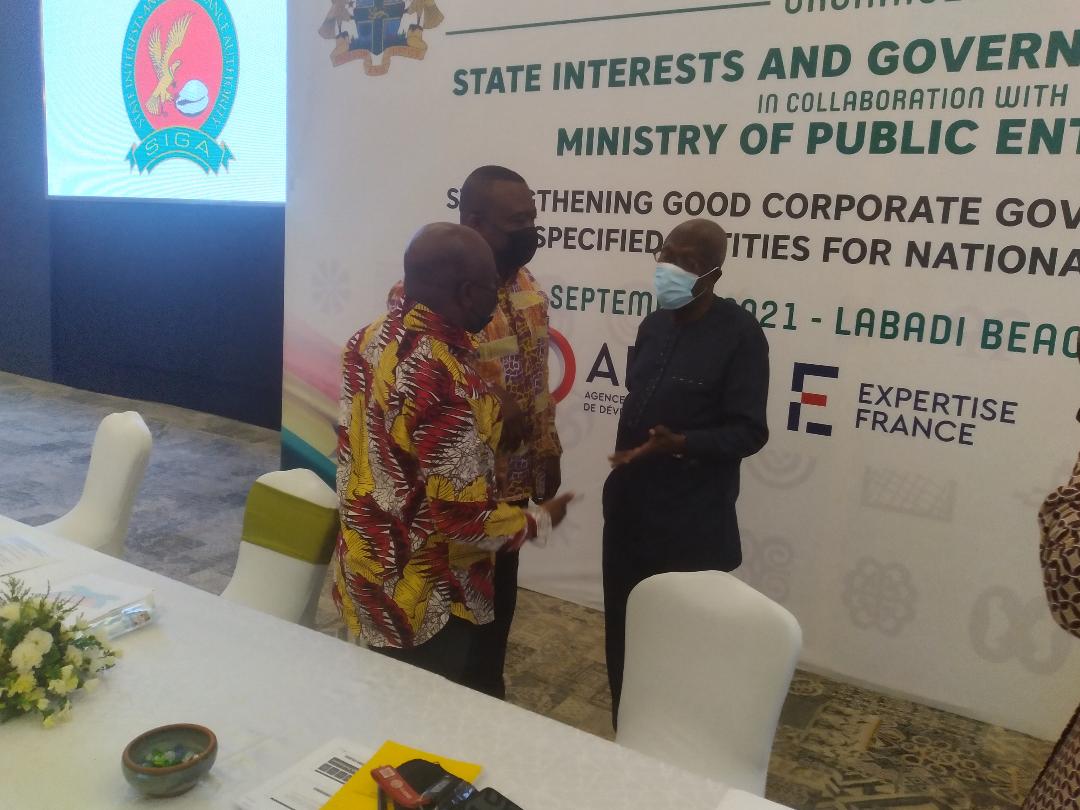 The Director-General said the forum was to provide a platform for stakeholders to offer feedback and input into the Draft Code.
He said State Agencies were governed by a complicated web of leaderships involving Parliament, Ministries, Regulatory Commissions, Boards, and Managing Directors or Chief Executives, all of whom had various reporting responsibilities.
“This has muddled the division of responsibilities and accountability for performance, especially between the Board and Management. In some cases, Chief Executive Officers and Board appointments are made based on political considerations rather than merit, contributing to the ineffectiveness of some Boards,” he noted.
He said, “We can all agree that if we want to give the public something to grin about, we cannot run State-Owned Enterprises the way we used to. If Specified Entities continue to underperform, we will not be deserving of our positions and compensation.”
The Director-General said SIGA was required by Section 4 (d) of its Act (Act 990) to develop a code of corporate governance to serve as a framework for Specified Entities’ actions and performance.
He said although SIGA was the driving force behind that endeavour, “we, however, believe that to produce a document that will stand the test of time, a quality document that will be owned and accepted by all stakeholders, requires the participation and involvement of all parties, hence the need for this forum.”
Mr Boateng commended the Ministry of Public Enterprise and the Agence Française de Development for funding the consultative workshop.
He implored and encouraged stakeholders to fully participate in the process by providing input and comments that would help the Authority produce a document that would transform the face and administration of State-Owned Enterprises, Joint Venture Companies, Regulators, and Other State Entities.
“It is simple to make recommendations for how to proceed. To effect change on the ground, it takes foresight, a lot of hard effort, and a commitment to carry out policies at all levels of the economy’s decision-making,” he said.
Dr Ishmael Yamson of Yamson & Associates commended Mr Boateng for efforts to see the development of the Code to address good governance difficulties.
He identified poor corporate governance as the root cause for many challenges facing the country.
SourceGNA
Share
Facebook
Twitter
Pinterest
WhatsApp
Print
Linkedin
Telegram
Previous articlePresident Akufo-Addo ends two days tour of the Western North Region
Next article109 Districts/Municipalities benefit from $1m constituency initiative – CEO

Story By: Nicholas Osei Wusu Voting has resumed after close to two hours of a partial halt in the ongoing Conference of the New Patriotic...
Read more
Politics

By Jones Anlimah Voting in the Volta regional election of the New Patriotic Party, NPP to elect new regional Executives to man affairs of the...
Read more
Politics

Some unidentified gunmen on Friday night, May 27, 2022 attacked some members of the NPP while they were returning from the Upper East Regional...
Read more
Politics

New Patriotic Party’s (NPP) paraphernalia have rebranded the Ho Technical University (HTU) venue for the regional elections as delegates trickle in for the exercise. The...
Read more

By Bright Ntramah President Akufo-Addo has appealed to the board of governors to the African Development Bank (AfDB), to support efforts aimed at transforming the...
Read more

FDA has not approved any drug, herbal medicine for COVID-19 treatment

Don’t be in rush for lifting of ban on social gathering-...