The year-on-year inflation rate as measured by the Consumer Price Index (CPI) has gone up by 0.4% by 12.6 % in December 2021 with a monthly change rate of 1.23 % within the same period under review.

On Regional differentials, the year-on-year inflation rate ranged from 7.4 % in the Eastern Region to 18.6 % in the Upper West Region. Four regions recorded inflation rates above the national average of 12.6%.

The Government Statistician and Head of Ghana Statistical Service, Professor, Samuel Kobina Annin made these known to Journalists in Accra. 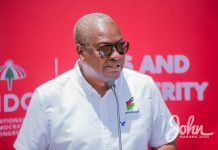 No ban on Ghana cocoa over child labour claims — EU