The Electoral Commission (EC) says it has put in measures to ensure that People With Disabilities (PWDs) cast their...
Read more

“The New Patriotic Party has the blueprint for the development of Ghana, the foundation for that development has been...
Read more

Preliminary investigations have established that the wildfire that gutted the Liberty House branch of the GCB Bank at Kantamanto,...
Read more

Vice President Mahamudu Bawumia today (November 19) demonstrated the use of the Universal Quick Response Code, (QR Code) when he purchased one of Ghana’s favorite dish, waakye at the popular Aunty Muni Waakye food joint in Accra.

The QR Code which was launched in March has seen several banks and vendors using the app to serve their customers.

Vice President Bawumia said the launch of the Universal QR Code has eased difficulties associated with the payment of goods and services especially in this era of COVID-19 where the virus can be spread through the use of physical cash.

He said the platform is part of plans to enhance digital payments as the government pursues a ‘cash-lite’ agenda.

The Ghana’s Universal QR Code was unveiled on March 25, this year, to enable merchants to receive payments from customers with bank accounts, wallet accounts or card accounts from different banks and payment service providers across the country.

Ghana is first country in Africa to introduce the QR Code and third in the world after Singapore and India.

The System is a new and easy way to make payments to a merchant by scanning a QR Code displayed by the merchant with your mobile phone.

The merchant gets the money instantly from the customer just like paying with cash.

Vice President Bawumia was of the belief that the Ghana’s QR Code would speed up the formalisation of the economy from cash to cashlite society.

“This is a game-changer because everybody can acquire a QR Code from your bank or telecos and use your smartphone or “Yam phone” to make payments.

“Trotro operators, shoe shine boys, traders…everybody can get the QR Code with just 50 pesewas from your bank and payment service providers and use it to transact business,” Dr Bawumia added. 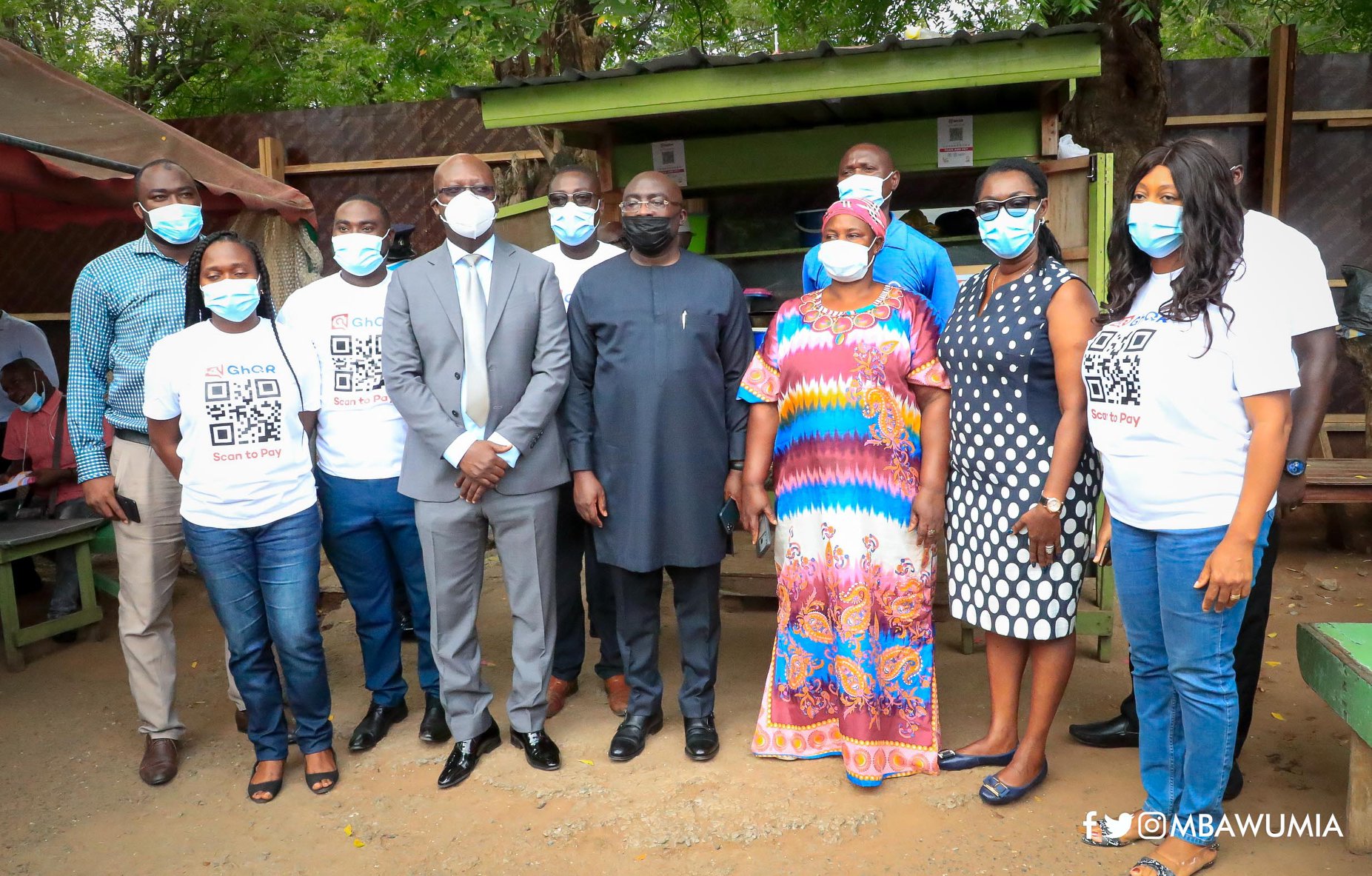 The Vice President said the introduction of the QR Code would minimize incidence of robbery since merchants would have their monies in their bank accounts or wallets.

He said currently, 13 banks and two mobile network operators had been hooked onto the System, while other payment service providers were making frantic efforts to get involved.

Dr Bawumia stated that the QR Code was made possible through the collaborative efforts of the Ghana Interbank Payments and Settlement Systems (Ghipss), Ministry of Communications, telecommunication companies and Fintech firms.

Mr Archie Hesse, the Chief Executive Officer (CEO) of Ghipss, said all the necessary security features and measures had been put in place to prevent cybercrime fraudsters from duping merchants.

Madam Muniratu Imoro, the Waakye Seller, told the media that since she acquired the QR Code about two months ago, it had made business transactions more convenient, especially with the emergence of the COVID-19 pandemic.

She advised her colleague traders and food vendors to acquire the service to boost their trade and prevent the risk of being robbed. 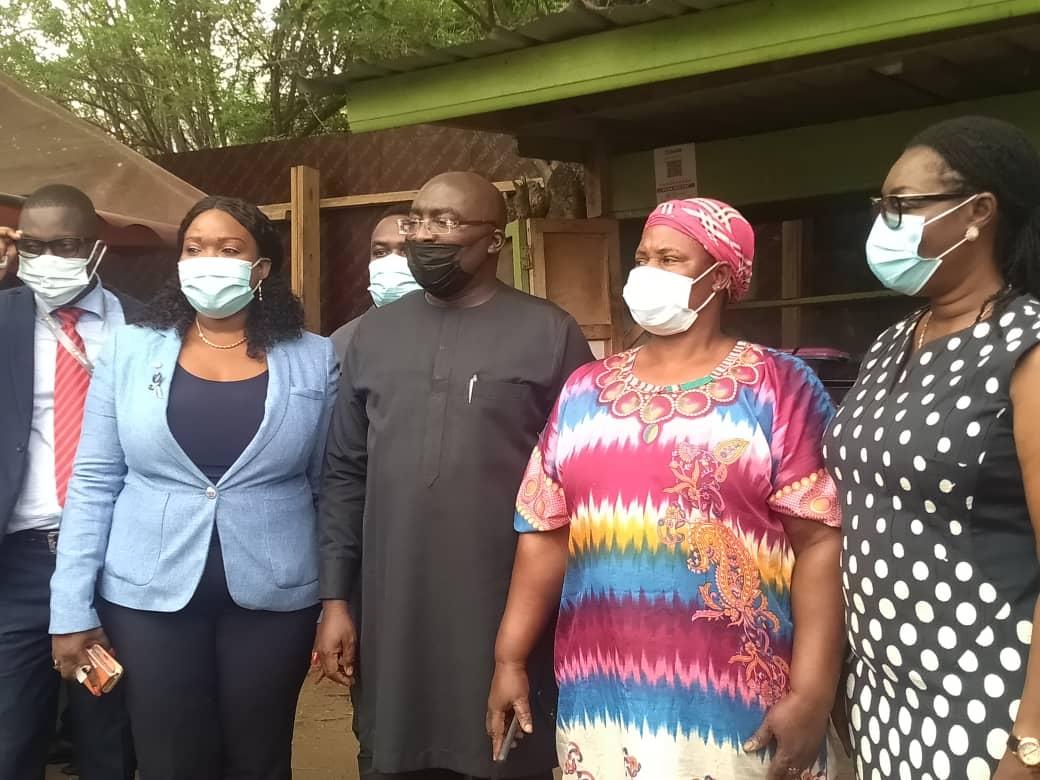 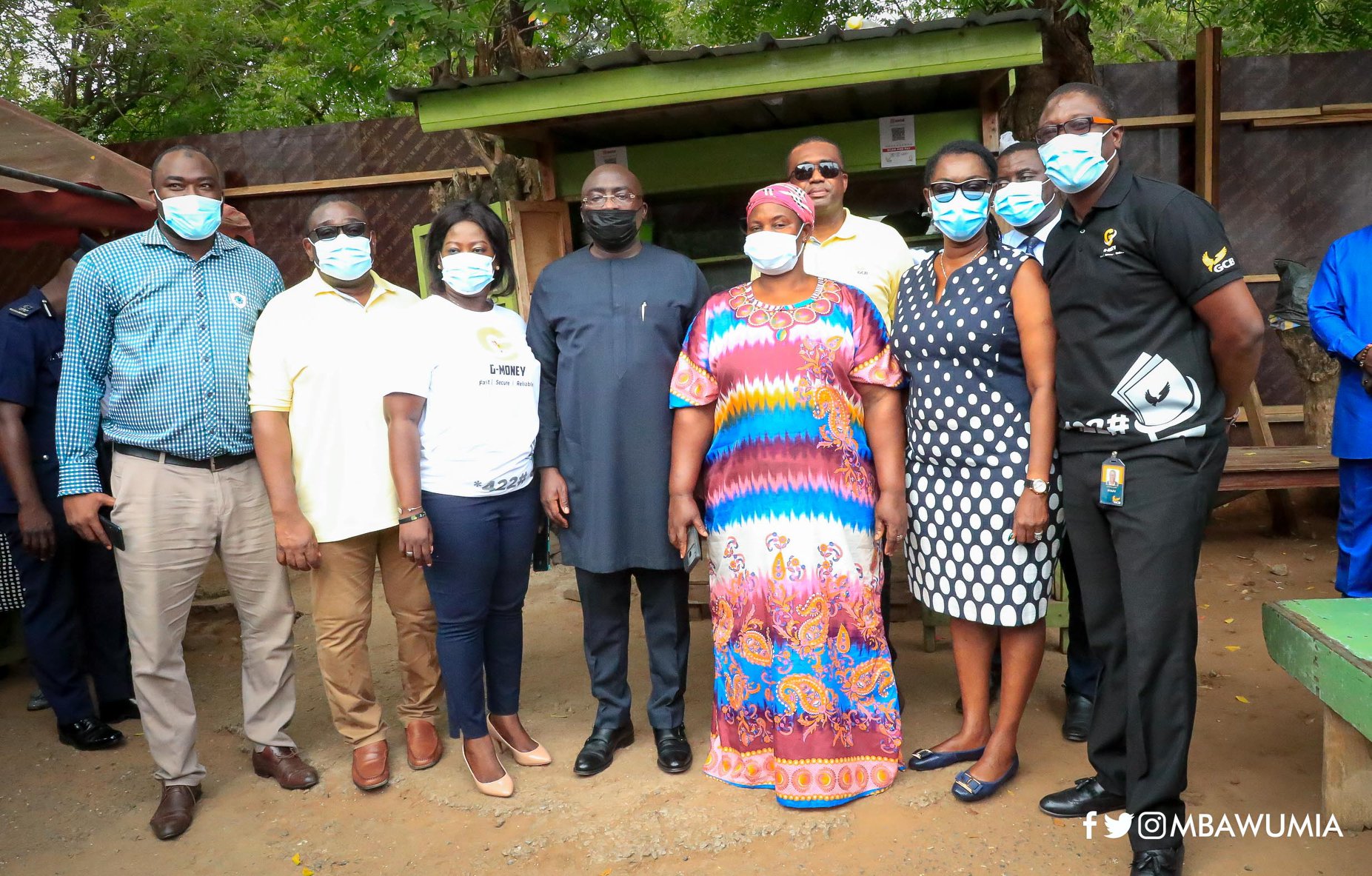 The Electoral Commission (EC) says it has put in measures to ensure that People With Disabilities (PWDs) cast their...
Read more
Election

“The New Patriotic Party has the blueprint for the development of Ghana, the foundation for that development has been laid in Akufo-Addo’s first term...
Read more
General

Preliminary investigations have established that the wildfire that gutted the Liberty House branch of the GCB Bank at Kantamanto, in Accra, on Saturday, started...
Read more
Education

The The Methodist University College Ghana (MUCG) is awaiting approval from the National Acceleration Authority to introduce a couple of new programmes. The programmes are...
Read more
Election

The Electoral Commission (EC) has extended media accreditation for the 2020 Presidential and Parliamentary elections to tomorrow (November 30,2020) at 5pm.   A statement from the...
Read more

The Securities and Exchange Commission (SEC) has announced that it has begun payment processes for the Government partial bailout for all remaining clients of...
Read more

The United Nations Development Programme (UNDP) in partnership with the Vodafone Ghana Foundation has empowered rural women engaged in agribusiness in the Upper East...
Read more

The Ghana Chamber of Telecommunications says the mobile network operators and infrastructure companies contributed ¢3.2 billion in taxes and other remittances to the government...
Read more

The Ghana Revenue Authority (GRA) has begun a nationwide sensitisation of stakeholders on its simplified tax laws aimed to enhance compliance. The GRA abridged the...
Read more

Darfur peace process at ‘standstill’ as demonstrations against gov't continue