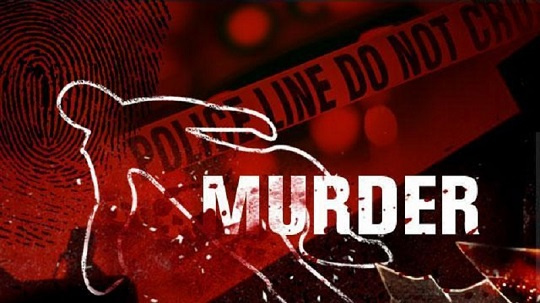 The Director of Public Affairs of the Ghana Police Service, Superintendent Alexander Obeng, has revealed that a second suspect, whose identity has been withheld has been arrested in connection with the murder of two teenagers, Steven Sarpong and Louise Agyeman and a yet to be identified corpse at Abesim in the Sunyani Municipality of the Bono Region. Mr. Obeng was speaking on behalf of the IGP, Dr. George Akuffo Dampare, who was in Sunyani in connection with the case.

News broke on Saturday the 21 of August, 2021 that a 12-year-old had been murdered at Abesim in the Sunyani Municipality. According to Police sources, the deceased went missing last Friday August 20,2021 and a report was made to the Police and a search party was put together.

During the search for him, his parents and those helping were asked to check the home of one Richard Appiah.  The said Appiah informed the search party that he was with the deceased, but he had left much earlier.  But, after a fruitless search, mother of Richard Appiah urged the search party to return to his son’s home for a more thorough search which revealed two bodies including the missing 12-year-old Louise Agyeman and another corpse identified as 15-year-old Stephen Sarpong, who had also been reported missing.

A Refrigerator in the house was also found to contain a dismembered corpse, which is yet to be identified. This resulted in the immediate arrest of the initial suspect Richard Appiah.

The IGP, Dr. George Dampare was consequently in Sunyani in connection with the case.  He visited the bereaved families and the Abesimhene and the crime scene.  Briefing journalists on behalf of the IGP, Director of Public Affairs of the Ghana Police Service, Superintendent, Alexander Obeng said a second person whose identity has been withheld has been arrested in connection with the case.

‘’Two suspects are in our custody, one we are already aware of, suspect Appiah and the second one, name withheld, is helping us to unravel those behind, in this heinous incident. The Investigation Team from CID Headquarters have moved the case to Accra. The remains of the deceased have also been moved to Police Hospital Morgue for forensic and pathologist analysis investigation’’. Superintendent Obeng stated. 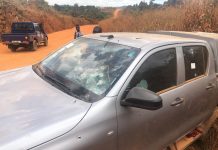 Another bullion van robbed in Tarkwa 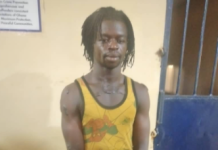