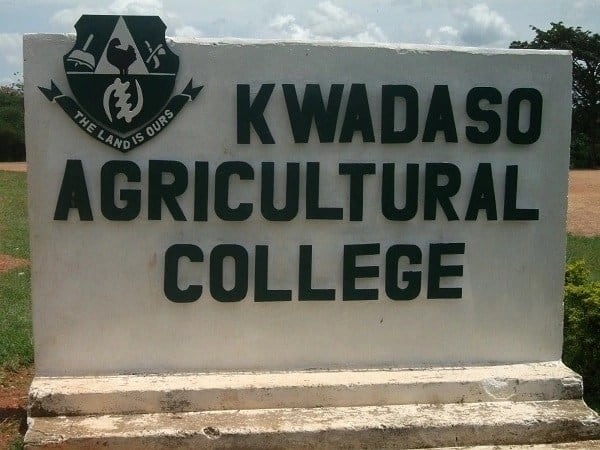 By: Nicholas Osei-Wusu and Charity Opoku

President Akufo-Addo has announced government’s plan to upgrade the Kwadaso Agric College to an Agricultural University for the academic and human resources training and research for the country with the transformational processes already activated.

The University will later have two satellite Campuses at Ejura in Ashanti and Wenchi in the Bono Region.

President Akufo-Addo made this known at a durbar at the College to climax its centenary.

The Kwadaso Agric College was established in 1922 and accommodated at the present-day Ashanti regional directorate of Agriculture at Asafo Dadiesoaba by Cadbury and the Fry Group, two cocoa purchasing entities then, purposely for the training of middle school leavers in cocoa production and also provide food for soldiers and civilians during the 2nd World War. Over the 100-year period, the institution has not only re-located to a bigger space at Agric Nsema in the newly created Kwadaso Municipality with an improved academic, training and technical facilities at its disposal.

The college has transitioned into a tertiary status affiliated to the University of Cape Coast providing a three-year Diploma course to its students in General Agriculture.

About 75 thousand people have so far graduated from the College working in various capacities under the sector ministry.

The Centenary celebration, was used to unveil a new logo for the College and a 500-bed Hostel plan to house the increasing student population.

The President of the Student Representatives’ Council, Michael Abrah Agyemang, made a passionate appeal to government to give Agric colleges the needed attention to encourage enrolment.

The Principal of the College, Albert Appiah Amoakoh, paid glowing tributes to past and present staff of the College for their contributions to the growth of the institution and the government for the support so far.

He however appealed for government’s swift intervention to save the College’s future from the massive encroachment on its lands.

The Minister for Food and Agriculture, Dr. Owusu Afriyie Akoto, establishing the relevance of Colleges of Agriculture in agricultural production, noted that, these institutions train and produce particularly Extension Agents who serve as the critical link between technologies in farming and farmers for food security.

President Akufo-Addo disclosed that about 50 percent of Ghana’s population is engaged in various forms of agriculture with the majority poor involved in tilling the land.

According to him, if Ghana is to make any meaningful headway in her socio-economic development, improved and modernized agric production must be

prioritized, hence the decision to upgrade the Kwadaso Agric College into an Agricultural University for the academic and human resources training.

President Akufo-Addo pledged to provide the College with their 80-seater bus as a centenary gift for student’s practical study and education.