The Kadjebi district in the Oti region is making steady progress in the fight against under five malaria.

Data available at the district health directorate shows that no child under five has died of malaria over the last two years, while the incidence of severe malaria has reduced drastically.

The District Director of Health, Eric Nana Takyi, attributed the development to increase awareness about malaria prevention, the use of insecticide-treated nets and the introduction of the RTSS vaccine for children under five in the district.

The Kadjebi District is one of the districts selected for the pilot phase of the RTSS vaccine which aims to reduce malaria-related infant mortality and the incidence of severe malaria among children under five in selected African countries.

Parents in the Kadjebi district have embraced the vaccination exercise despite initial reservations due to fears over the side effects of the vaccine.

A mother of two, Mary Ansah, in an interview with GBC News in Kadjebi, proudly lifts up her one-year-old daughter and notes that “unlike my first daughter, this one only had fever once, during the first vaccination, but after sponging her, she was ok and since then, she has been very healthy. For my first daughter, we were in hospital every two weeks mostly due to malaria.”

At the Kadjebi Health Center, the in charge, Eric Agboka, disclosed that before the launch of the RTSS vaccine, the facility recorded an average of 1,700 cases of severe malaria annually.

He noted, “since the first anti-malaria vaccination campaign in 2019, under-five malaria cases have dropped to 1,300 in 2020, and from the statistics, we have from the first quarter, we are likely to drop below 1,000 in 2021. Despite the success chalked, the closure of borders following the outbreak of covid-19 is threatening to derail the progress. The RTSS vaccine is administered four times to children by the time they turn two.”

The District Health Director, Eric Nana Takyi, revealed that a significant number of children who took part in the first vaccination exercise live across the border and could not come back to complete their doses.

“There is a high rate of attrition due to the border closure and then we have children whose parents migrate due to farming and therefore beyond the reach of health personnel,” he noted.

He appealed for logistical support especially transportation for outreach programs to improve the fight against malaria. 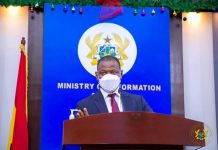 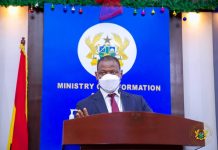 Striking Teacher Unions fail to turn up at crucial meeting with...