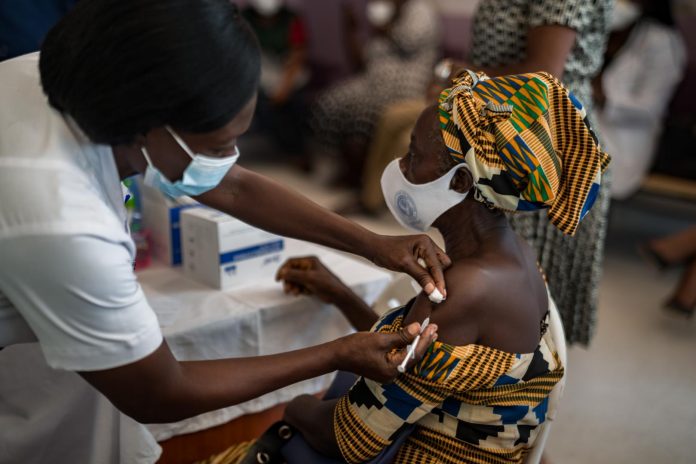 Long queues are reported to characterize the Covid 19 vaccination centers in Accra.

Most of the places Correspondent Sarah Ofori visited had the same story. Most of the people seem to be anxious about the delay in receiving the vaccines and have decided to mass up at the centers.

Their plight is further exacerbated by the slow pace of data systems being used and low internet connectivity. 46,213 people are expected to be vaccinated in the Greater Accra Region.

From the Ashanti Region, Correspondent, Nicholas Osei-Wusu reports that more than 16, thousand residents of the Kumasi Metropolis qualify to take the second jab of the ongoing COVID-19 vaccination which began today. This batch of vaccinations are expected to end on Friday, September 3, 2021.

It has been decentralized to selected centres across the Metropolis. At the KMA Clinic Vaccination Centre, the Kumasi Metro Deputy Director of Nursing Services of the Ghana Health Service, Madam Joana Burgesson, noted that though the exercise has been scheduled for a 5-day period, but it could end on any of the days as and when the available doses received were fully administered.

She gave the assurance that applicants who successfully took the first jab in March 2021, who come to any of the centres even without their Vaccination Cards would be permitted to take the second jab on condition that the personal details could be found in the GHS database.

Among the designated vaccination centres in the Kumasi Metropolis are the KMA Clinic at Adum, Children’s Hospital at Pampaso, Sepe Apampam Health Centre, Anhwiam Hospital Annex at the Kejetia Market Complex and Matta Dei Hospital, a private facility at Patasi.

At the KMA Clinic Centre, more than 20 of the many applicants had successfully gone through the vaccination procedure, with many others including the aged still in the relatively long queue waiting for their turn to receive the AstraZeneca vaccine.

The vaccination officials intermittently informed the applicants in the queue to exercise patience as they had to struggle with unreliable internet connectivity which was delaying the success of the administration of the vaccine.

This is in view of the fact that data capturing of the personal details of the applicants was being done online.

Deputy Director of Nursing at the Metro Health Directorate emphasized the need for everyone above 18 years but yet to receive the vaccine to avail themselves for the jabs as and when the doses are available.

Meanwhile, there will still be about 5,000 of those who took the first jab of the AstraZeneca in March 2021, since the number of doses supplied for the ongoing exercise may not suffice for all of them.

However, Madam Burgesson stated that additional doses of the vaccines are expected to augment the situation. 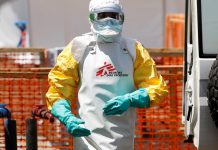 No Ebola outbreak in Northern region