The Head of Parasitology Department at the Noguchi Memorial Institute, Dr. Irene Ayi has said that Neglected Tropical Diseases are mostly funded by external partners and not the government of the country.

She indicated that even though the government does commit some resources which are mainly for the welfare of staff who work in these health and research facilities they are mostly funded by external partners.

“Government do commit some resources but mainly in the form of remuneration for staff who work in these health facilities and research facilities”, she stated.

She revealed that they have to compete for grants in order to do their research.

“At Noguchi, we have to compete for grants to do the work and most of these people put out calls for grants and we have to apply and compete to win,” she opined.

She added that they have partnered with some foreign countries and development agencies to help with their research.

Neglected Tropical Diseases are diseases that not many resources have been allocated to treat even though they can be treated. There are about twenty of such diseases on the list of the World Health Organization (WHO) and fourteen out of these diseases are epidemic in Ghana. These include Schistosomiasis or Bilharzia, Soil-transmitted helminthiases, Human African Trypanosomiasis or sleeping sickness, Onchocerciasis or River Blindness, Leishmaniosis, Trachoma, Scabies, Denguechikungunya, Snakebite and venom among others.

January 30 is set aside to celebrate World Neglected Topical Diseases. It was informally celebrated in 2020. The day is set to serve as a catalyst to translate awareness into action, secure increased resources for Neglected Tropical Diseases and crucially facilitate political leadership and ownership of NTD programs from affected countries. 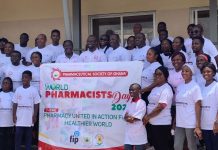 Pharmaceutical Society of Ghana to sensitise Ghanaians on dangers of obesity 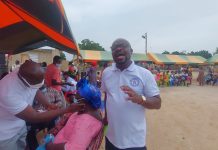 Stop blaming the devil for your sicknesses – Medical Practitioner 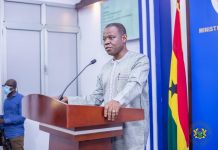