The Matthias Catholic Hospital at Yeji in the Pru East District of the Bono East Region has taken delivery of an ambulance to help in managing emergency responses at the facility.

The branded Sprinter bus, a gift from the Rotary Club of Kumasi-East, is to help address health challenges in deprived communities in the area.

Mr George Fuseini, President of the Club, at a short handing over ceremony in Kumasi, indicated that the bus was secured with funding from the Rotary Club of Copenhagen, Denmark at a cost of GH₵150,000.00.

According to the President, one of their members visited the Hospital and noticed the deplorable state of a bus that was converted into an ambulance.

He said the absence of such logistics impeded the delivery of quality health care, especially in quite distant places like Yeji.“It is risky without ambulances in faraway communities like yours,” and in emergency situations, most people may lose their lives.

Mr. Fuseini mentioned that Rotary would continue rendering humanitarian services to the people, grow communities and bring relief to them.

The Rotary Club of Kumasi-East had over the years embarked on several projects in water and sanitation, education and literacy and health.

Dr. Edward Agana, Medical Director of the Hospital, said the ambulance was delivered at a convenient time to complement the activities of the new Constituency ambulance, especially, when the latter was sent for maintenance and the Matthias Catholic Hospital was a major referral facility in the District, that served clients from the Savannah Region and other adjoining districts around the Volta Lake.

Dr. Agana said the key challenge confronting the Hospital bothered on the unavailability of transport,, which was hampering quick response to, particularly, emergency cases brought from across the Volta Lake, adding that ambulances were key in health care delivery.

Rotary is a global network of 1.2 million neighbours, friends, leaders, and problem-solvers who unite and take action to create lasting change in communities around the globe.

For more than 110 years, the members used their passion, energy, and intelligence to improve lives through service, especially in the areas of literacy and peace, provision of clean water and improving health care.

Additionally, the network had always been working to better the world such as polio eradication, which was one of its major successes. 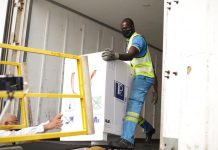 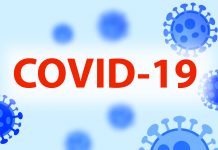 Sharjah Entrepreneurship Festival: Akon & Kanye West to run in US...

$700,000 earmarked for coronavirus patients and families is inadequate – Minority