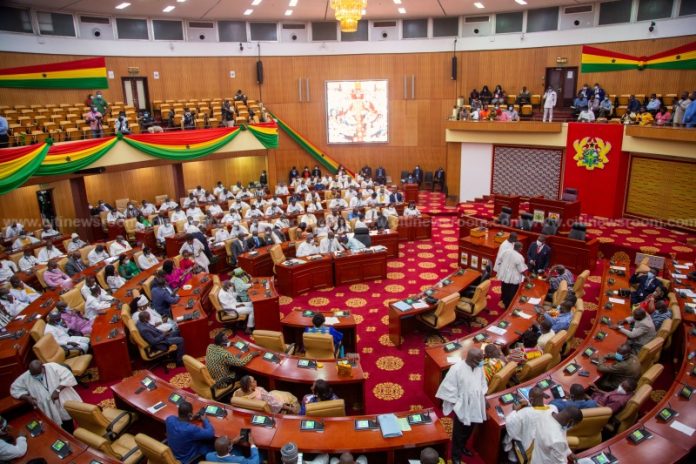 No Parliamentary business took place on the floor Thursday, December 2, 2021, as the House was adjourned immediately after sitting commenced.

The Second Deputy Speaker, Andrew Asiamah Amoako, entered the Chamber at about 1.30pm and after prayers, the Majority Chief-Whip, Frank Annoh Dompreh, moved for the adjournment of the House. Deputy Minority Leader, James Klutsey Avedzi, seconded the motion.

The Second Deputy-Speaker accordingly adjourned sitting to Tuesday, 7TH December at 10:00am.

GBC’s Parliamentary Correspondent, Bubu Klinogo, reports that the premature adjournment of the sitting was a decision agreed to by the Leadership of both sides, who were locked up in a meeting trying to find a middle ground following the stalemate on the 2022 Budget Statement.

It is expected that a Joint Committee in place would work towards resolving the differences so that by Tuesday, a clear decision will be announced.

Meanwhile, Executive Director of African Centre for Parliamentary Affairs, Dr. Rasheed Draman has welcomed the setting up of a bipartisan Committee by Parliament to probe the controversies that have heralded the approval of the 2022 Budget.

Dr. Draman described recent developments in Parliament as anticipated because these tendencies started showing since the inauguration of the Seventh Parliament.

Speaking on Behind the News, Dr Rasheed Draman expressed the hope that both sides will come to an amicable solution by Tuesday, December 7, 2021.

Only 1 woman contesting in 18 constituencies in Northern Region