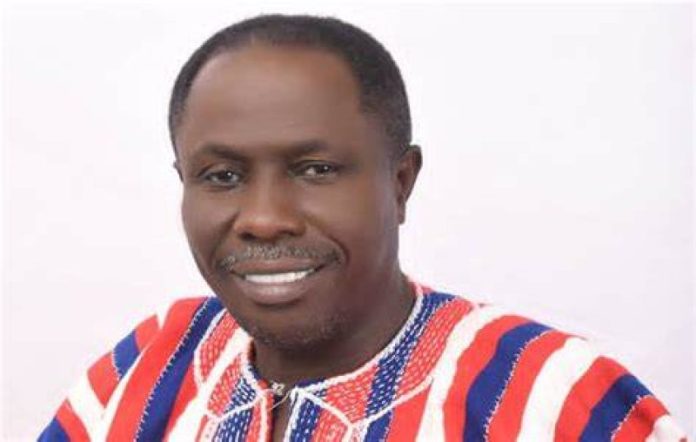 Dr. Joseph Kobina Essibu, an aspirant of the Central Region New Patriotic Party’s (NPP) Chairmanship race, has denied any involvement in the issues leading to the injunction on the regional delegates Conference to elect regional executives.

According to him, no amount of distractive and vile propaganda will change his focus, and the confidence reposed in him by the rank and file of the party to lead them in the region.

Some members of the NPP on Wednesday, May 25, secured a Cape Coast High Court injunction to prevent the party from organizing its delegates’ conference which was scheduled for Friday, May 27 at Dunkwa-on-Offin.

According to the court, the applicants Edward Armah, Ransford Bosomtwe, Albert Ackon, Razak Nurudeen, and Mohammed Iddrisu insisted that the incumbent Central Regional Chairman, Mr Robert Kingsford Kutin Jnr. and other electoral Committee members failed to discharge their responsibilities to ensure that an election was organised in the Ekumfi constituency.

For that matter, the plaintiffs wanted an interlocutory injunction restraining the Defendants, their agents or assigns, any individual or group of persons whose legitimacy emanates from any regional election organised by the defendants and also from holding themselves as Central Regional executives of the NPP.

Addressing Journalists on May 27, 2022, Mr. Yaw Adomako Baafi, a Spokesperson for Dr. Essibu Campaign Team said, “the actions leading to the postponement of the Central Regional election of the NPP can in no terms be attributed to Dr. Essibu who by all indications was going to win the scheduled Dunkwa on-offin elections”.

“It would not have been a wise decision to cut his nose to spite his face. This is actually below the belt. A clear desperation from the opponent’s camp”, he noted.

Setting the records straight, Mr Baafi explained that the action was initiated by some aggrieved persons in the Ekumfi Constituency who after exploring all internal dispute resolution mechanisms to no avail, headed to the Cape Coast High Court as their last resort for justice.

This was after constituency elections in the region were conducted without Ekumfi Constituency, rendering the people of Ekumfi, without party executives.

Mr Baafi indicated that Dr Essibu has diligently conducted his campaign to the admiration of all party people in the region, who have pledged heaven and earth to crown him the next Chairman of the NPP in the region.

He described Dr Essibu as a man with a unifying spirit by many party people who believed his leadership skills will foster party unity and subsequent victory for 2024 in order to break the eight.