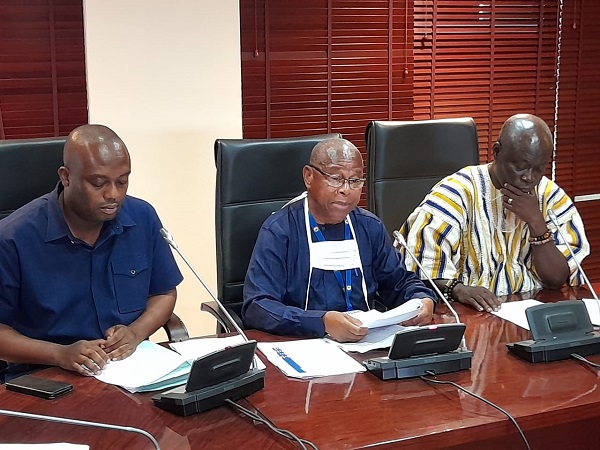 The National Democratic Congress Minority in Parliament has accused the Minister of Finance Ken Ofori Atta of breaching Article 252 Clauses (2) and (3) of the 1992 Constitution without recourse to its ramifications on decentralization and development at the local level.

According to the MPs, the government through the Finance Ministry has deprived the District Assemblies Common Fund, DACF of the needed funds for the discharge of its constitutionally mandated duties. They noted that money due the Common Fund were under-provided for and owed to the Fund for 2017 and 2018.

The MPs allege that “the debts were partly settled in 2020 with money borrowed during the Covid-19 intervention, with ₵144 Million’.

At a press briefing in Parliament on 21st October, 2021, the Minority Ranking Member on Local Government Member of Parliament for Ho Central, Benjamin Kpodo, cited the government for misapplication of the fund.

“Indeed the DACF is simply not working today, having been rendered impotent. The monies due to the Fund have not been given to the Fund to enable it to carry out its mandate as abundantly outlined by the Constitution and the relevant Act,” he stated.

The MPs chastised the Ministry of Finance for “arbitrarily determining that the amount due to the DACF for one quarter of the year is not due until after the end of the next quarter.

For instance, the first quarter of the year ends in March; but money for the Common Fund will only be due after the end of the second quarter in June.

The question is does it take three months to determine what revenue was realized in a particular quarter, especially in these days of computer technology? Again we see this as a ploy to retain the monies due to the DACF at the centre”, they questioned.

“Mr. Kpodo said the Ministry of Finance has failed to release funds to the DACF for several quarters over 2020 — 2021. This is a clear violation of the 1992 constitution, Article 252 (2). Indeed, payments have not been made by quarterly instalments”.

The Finance Ministry is yet to react to the concerns.

Government will ensure businesses operate in a safer cyber space –...