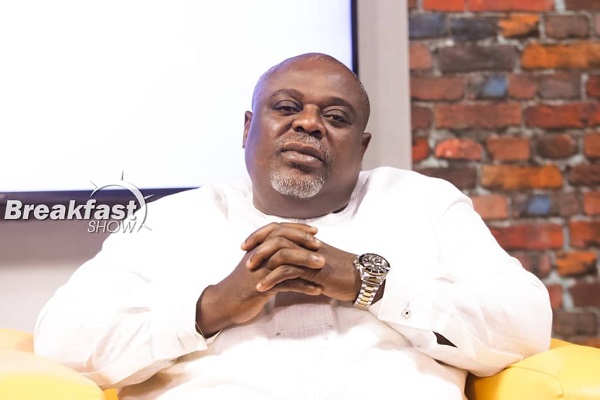 The Former Deputy General Secretary of the National Democratic Congress (NDC), Koku Anyidoho, has refused to accept his expulsion from the party.

He has, therefore, demanded the retraction of his expulsion as well as the dismissal of the recommendations of the party’s Disciplinary Committee against him, within 72 hours else he would go to court.

Mr. Anyidoho described the expulsion and the Committee’s report that found him guilty of anti-party conduct, as an illegality and therefore, void. He said this is because the probing Committee failed to serve him with a letter to defend himself before the committee.

In a letter dated August, 18, addressed to the General Secretary, Asiedu Nketia, Mr Anyidoho said the decision to expel him without a proper hearing is a violation of his human rights as enshrined in the 1992 Constitution.

“Indeed, several times was it admitted in your report that some failed attempts were made to serve me notice of these supposed disciplinary hearings. In effect, you FAILED to serve me with any hearing notice!,” the letter stated.

“Thus, the probing questions in my mind are; what was the rush to banish me from the party that fuelled this affair with illegality? And even more concerning to me, is how such a respectable party headed by such learned and esteemed persons could make a procedural blunder, this juvenile and ill-advised?” Mr Anyidoho questioned.

He said that from his calculations, the decision to kick him out of the party was fuelled by “pure unadulterated malice” that was orchestrated to ensure his indefinite removal.

According to Mr. Anyidoho, Mr Asiedu Nketia himself had said in an interview that the party has been looking for an opportunity to sack him.

“It is purely disheartening that someone of your calibre, clothed with the responsibility of ensuring fairness and equity within the party, would orchestrate and endorse such illegality rooted in prejudice. At all material times, every word and action of yours in relation to this cooked-up petition and your supposed expulsion of me, has been vitiated and actuated by vile malice. Nevertheless, I shall not relent,” the Former NDC General Secretary stated.

The facts are that on July 27, 2021, the National Democratic Congress (NDC), expelled the party’s former Deputy General Secretary, Koku Anyidoho from the party following his suspension in February.

In a letter addressed to Mr Anyidoho, the party stated that the decision comes after the Functional Executive Committee (FEC) considered the report and recommendations of the National Disciplinary Committee on the case of misconduct and anti-party behaviour brought against him.

“The Committee’s report found you guilty of the said allegations of misconduct and anti-party behaviour and recommended your outright expulsion from the Party,” as contained in part in the statement in the statement, signed by the NDC General Secretary, Asiedu Nketia.

Mr Anyidoho was charged to return any party property that may be in his custody and also forfeit any money, dues, or subscription fees that he has made to the party.

The former NDC General Secretary however says that, “without equivocation, that he is and will remain a member of the party’’.

He said throughout his years with the party, working with the late President Atta-Mills and as a Deputy General Secretary, he has been glued to the values of the party. He stated that he will be forced to take the issue to court if the party fails to heed his demand in 72 hours.

“I hope that you shall accede to my demand such that in line with the spirit of the Constitution of the NDC, we are able to bring finality to this matter internally. Else, I shall be forced to seek redress in the courts of law that are characteristically, not partial to exercising equity and fairness in all matters.”.

“I state again and without equivocation, I continue to remain a very loyal and committed member of the NDC and shall not allow my reputation to be targeted and tarnished for the political expediency of others. I shall not be pushed out of the NDC for reasons borne out of nothing but malicious perfidy,” the statement read.