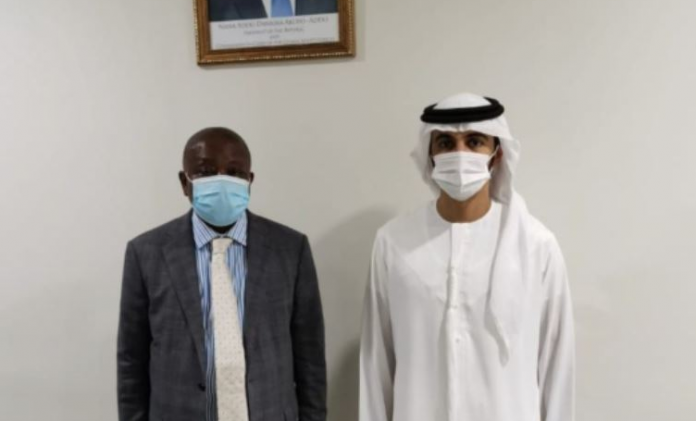 Sheikh Ahmed Dalmook Al Maktoum, the Dubai-based businessman whom the Ministry of Health contacted for the procurement of 300,000 doses of the Sputnik V vaccine, has refunded $2,470,000 to Ghana.

In a letter dated August 11, 202,1 and signed by Sheikh Al Maktoum, he noted that no funds had been drawn under the Letter of Credit.

He said the Letters of Credit stand expired, as of June 2021.

Sheikh Al Maktoum is expecting a payment receipt once the funds have been credited to the government’s bank account.

Ghana had already taken delivery of 20,300 doses of the vaccine expected.

The Minister of Health, Kwaku Agyeman-Manu, has been under fire because of this transaction.

The controversy began when a Norwegian newspaper, VG, reported that the government was using the services of a middleman to procure a $3.4 million dose of Russia’s Sputnik-V vaccines.

But this was at a higher cost of $19, other than the original factory price of $10 dollars. This prompted calls for the abrogation of the procurement contract.

The Minister had earlier claimed that the state had not made any payments for the vaccine. However, a parliamentary probe proved otherwise.

Meanwhile, the public has mounted pressure on the Health Minister, Kwaku Agyeman-Manu to resign, or the President should relieve him of his duties.

Mr. Agyeman Manu has since gone on a two-week hiatus.

French student slapped for standing up to harasser