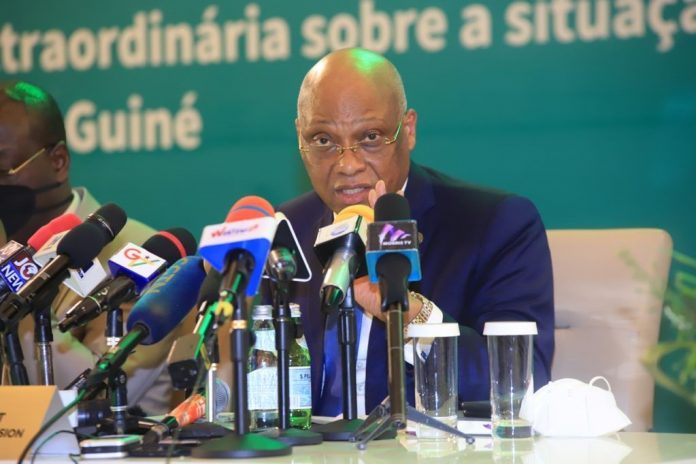 ECOWAS leaders have placed a travel ban on leaders of the September 5, 2021, Military Coup in Guinea.

They have 6-months to return the country to Constitutional rule.

The financial assets of members of the ruling National Committee for Reconciliation and Development and their families have also been frozen.

President of the ECOWAS Commission, Jean-Claude Kassi Brou, announced this to journalists, after the Sub-Regional Bloc’s Extraordinary Summit in Accra.

Mr. Brou, called on the AU, UN, EU, Multilateral and bilateral partners to support the implementation of these sanctions.

Bright Ntramah reports that the 6-hour long meeting discussed developments in Guinea and Mali and their ramifications for regional stability.

The report of the High powered delegation to Guinea was tabled before the Regional Bloc. ECOWAS Facts Finding Committee to Guinea, led by Ghana’s Foreign Minister, Shirley Ayorkor Botchway, briefed the leaders on the current socio-political situation in Guinea and steps by the National Committee for Reconciliation and Development to work towards a swift return to Constitutional order.

The ECOWAS leaders demanded the unconditional release of deposed President Alpha Conde as it imposed sanctions on Guinea’s military leaders.

A report on the political situation in Mali was tabled before the ECOWAS leaders by the Mediator, former President of Nigeria, Good luck Jonathan, who cautioned the Junta in Mali to expedite the transition process to meet the February 2022 deadline for civilian rule.

ECOWAS agreed that the deadline for the transition process is non-negotiable.

Mr. Brou, said the Heads of State and Government of ECOWAS also sanctioned those they suspect of delaying the transition process in Mali.

Chairman of ECOWAS, President Akufo-Addo is expected to visit Guinea to hold talks with the Coup leaders, to personally communicate the outcome of the Accra Meeting to the Junta Leaders.

Date for the supposed meeting is yet to be announced. 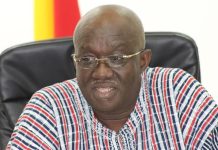