Address To The Nation By The President Of The Republic, Nana Addo Dankwa Akufo-Addo, On Updates To Ghana’s Enhanced...
Read more

Messaging platform Signal said on Friday it was experiencing "technical difficulties" as it worked to accommodate millions of new...
Read more

Ghana and Mexico, Wednesday, held their second consultation under the Bilateral Political Consultations Mechanism towards building a stronger bond. 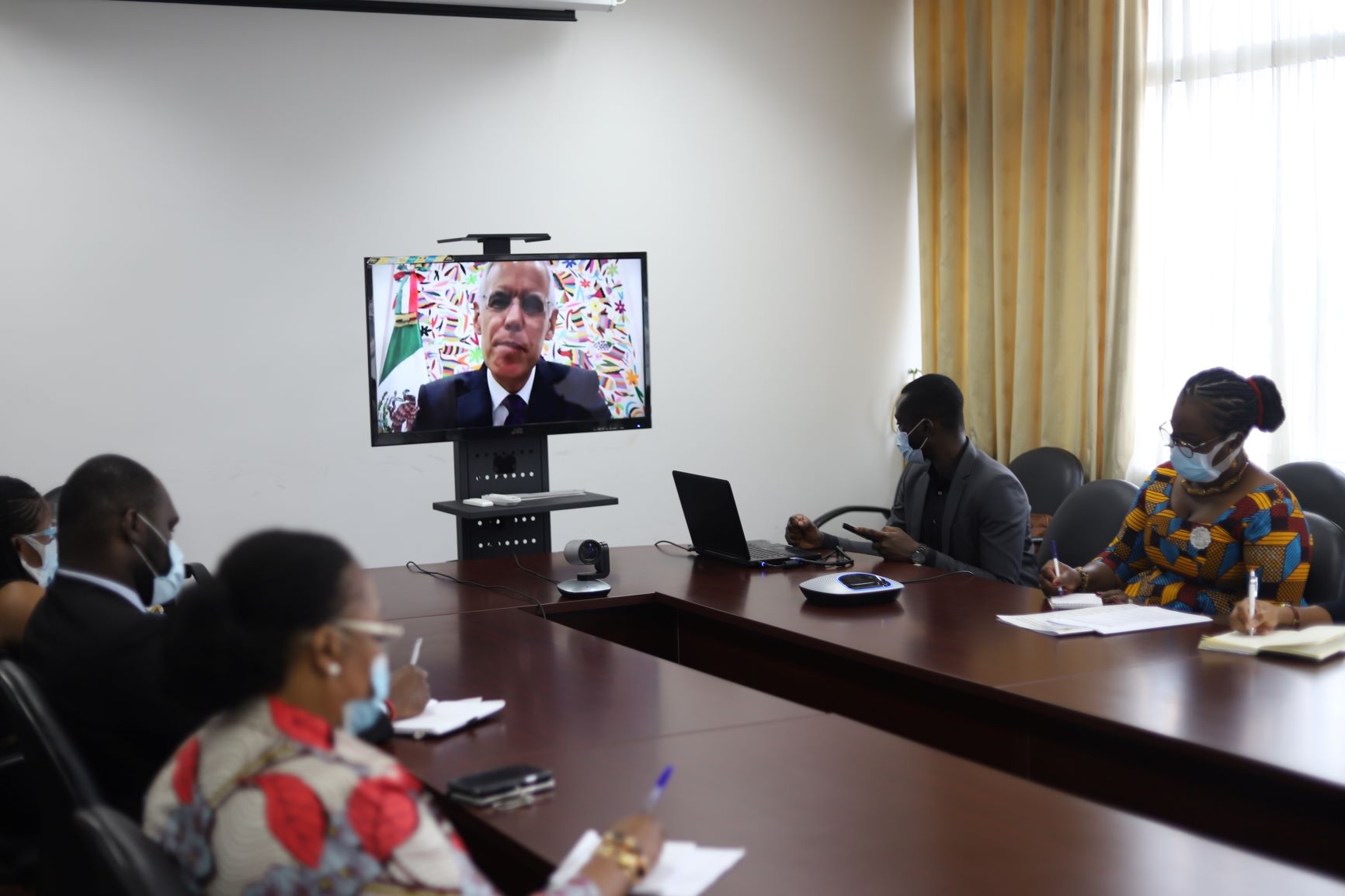 They discussed regional and global issues of common interest and reiterated the commitment of their respective governments to multilateralism and international law, a statement copied to the Ghana News Agency, in Accra, by the Foreign Affairs Ministry, on Wednesday, said.

The meeting, held via video conferencing, was a follow up to the first, held in Accra in August 2019.

“It was an important step towards forging a stronger and sustainable political dialogue between the two countries,” it said.

“Since then, the level of collaboration has been strengthened over a broader range of issues spanning education, agriculture and commerce” .

The two sides also supported the development of closer links between their societies.

The deliberations, the statement said, highlighted the establishment of the African Continental Free Trade Area (AfCFTA) Secretariat, in Accra, and agreed on the need to maximise its benefits by leveraging the close ties they shared.

They also charged their respective authorities to explore concrete cooperation schemes, including through the use of virtual meetings and seminars, it said.

“While discussing global efforts against the COVID-19 pandemic, the two Deputy Ministers agreed on the need to maintain a spirit of mutual solidarity and stressed the urgency of attending to the needs of the most vulnerable populations,” it said.

The statement said Mexico, as a recently-elected non-permanent member of the United Nations Security Council for 2021-2022, reiterated its commitment to act with transparency and openness while maintaining a close dialogue with its African partners, in particular, on the issues on the Council´s agenda that most directly affected them.

It said the two governments agreed to maintain frequent informal consultations among the relevant offices in their respective capital cities, as well as between their Permanent Missions to the United Nations in New York.

Deputy Secretary Ventura reiterated the standing invitation for Mr Owiredu to visit Mexico City as a reciprocal visit to that of his visit to Ghana, to hold further consultations under the bilateral mechanism.

Address To The Nation By The President Of The Republic, Nana Addo Dankwa Akufo-Addo, On Updates To Ghana’s Enhanced...
Read more
video

Chief Executive Officer of the Komfo Anokye Teaching Hospital KATH, Dr OhenebaOwusu-Danso, has commended the media for the support they gave the hospital at...
Read more
General

The Widows and Orphans Movement, WOM an NGO, has presented assorted food items to victims of the 2020 flood disaster in three districts of...
Read more

The Speaker of Parliament, Alban Bagbin has cautioned President Akufo-Addo against appointing too many Members of Parliament as Ministers of State. Mr Bagbin while delivering...
Read more

Declaration of NPP as majority group in Parliament is abstract, cannot resolve rancor that has characterized legislature- Political analyst

Political analyst, Frederick Oduro, says declaration of the NPP as the Majority Group in parliament is not the solution to the rancour that has...
Read more

The Speaker of Parliament, Alban Bagbin has denied claims that his affiliation with the NDC will affect the administration of his duties as Speaker...
Read more

The Speaker of Parliament, Alban Bagbin, has ruled that neither the NPP nor the NDC constitute a majority in the House. He however indicated...
Read more

Polio: 4.5 million children expected to be vaccinated in first round