The resignations of a police chief and of an officer who shot dead a black motorist in Minnesota have...
Read more

The Minority in Parliament is demanding the collation of Techiman South Constituency Presidential and the Parliamentary elections results with immediate effect.

The demand, contained in a petition signed by The Minority Leader Haruna Iddrisu, addressed to The EC boss, Jean Mensa said “we demand that you cause to be collated the Techman South Constituency Parliamentary and Presidential Elections Results from all the Two Hundred and Sixty-Six (266) Polling stations in accordance with the law, with immediate effect”.

He stated that, in pursuant to regulation 43 (2) of C. l. 127, “the endorsed writ, gazette notification and notice to Clerk of Parliament be amended accordingly to reflect the true state of affairs”. 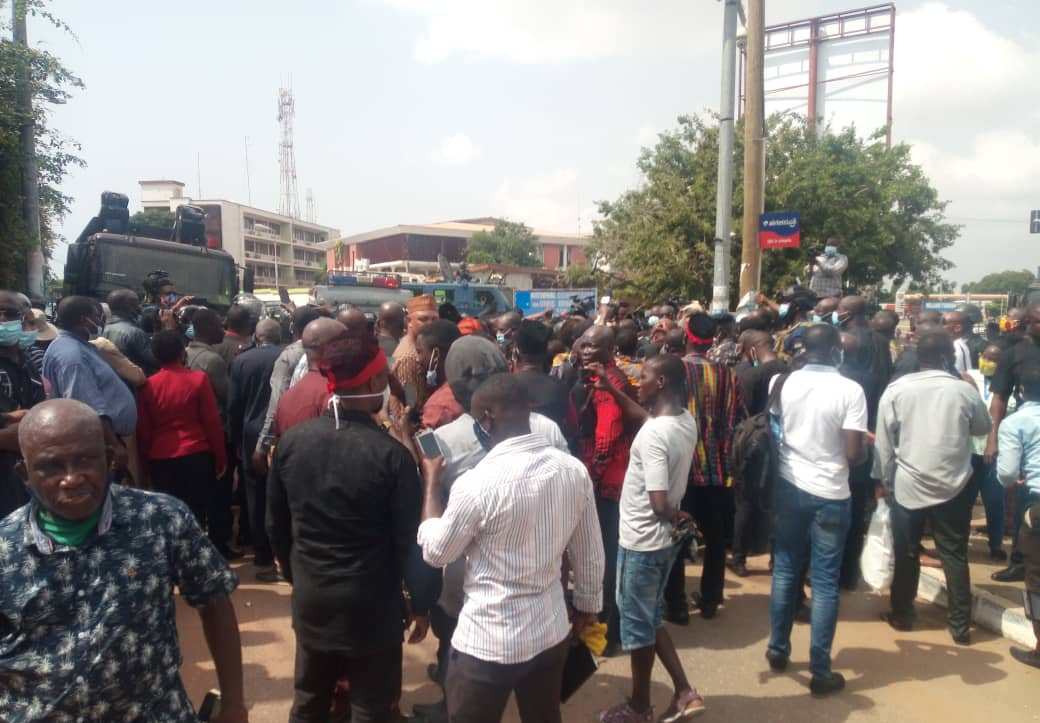 The NDC accused the officials particularly the Returning officer for declaring the NPP Parliamentary candidate as a winner of the polls without recourse to lay down procedures including collation.

Mr. Iddrisu who led his colleagues to March from Parliament to EC Headquarters to demonstrate their anger, has acknowledged the fact that, “this petition is without prejudice to further action we are determined to carry out in respect of the multiple Presidential Declarations and other constituencies in dispute”.

He also said they are “fully aligned with the contention of John Dramani Mahama and The National Executive Committee of the NDC that the results of the presidential elections stand rejected”.

Early in the day of Tuesday 22nd, MPs were prevented entry to The Electoral Commission’s office by gun welding police officers.

The Minority earlier forced their ways through the barricade mounted at the Liberation Circle leading to EC office. 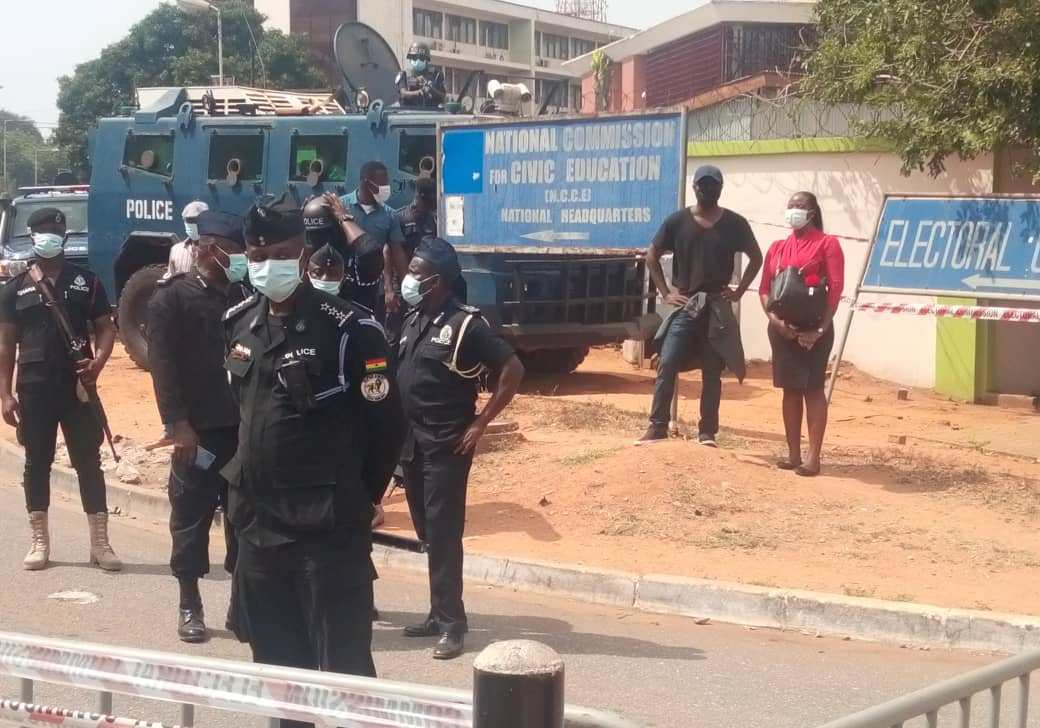 The police later blocked the MPs near The EC Office and denied them entry for the reason that, “here is a security zone”.

Find Below The Full Petition

The resignations of a police chief and of an officer who shot dead a black motorist in Minnesota have failed to end unrest over...
Read more
General

Former South African president Jacob Zuma has up to Wednesday to suggest the penalty the country's highest court should impose if he were to...
Read more

The European Union Election Observer Mission for the 2020 elections is proposing a fixed timelines for resolving parliamentary election petitions. The EU Observers recommended that...
Read more

The immediate past Minister of Monitoring and Evaluation, Dr Anthony Akoto Osei has been appointed as a Presidential Advisor on Economic Issues. Similarly, Oboshie Sai...
Read more

The Ministry of Foreign Affairs and Regional Integration has held an orientation for Ghana’s Ambassadors and High Commissioners-designate. The Orientation Programme on Monday, April 12,...
Read more

Ghana: Focus on the Eucalyptus tree