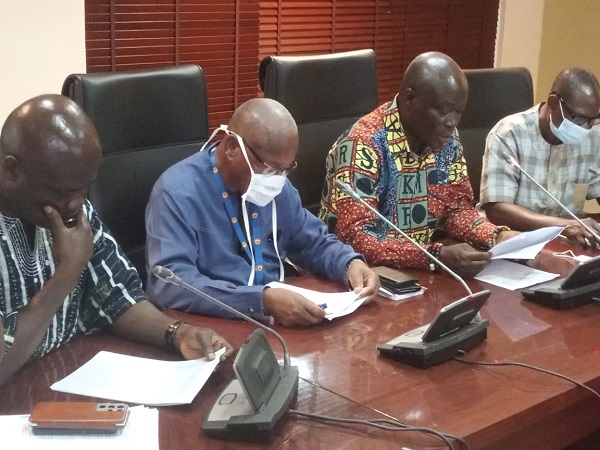 Ranking Member on the Parliamentary Select Committee on Local Government and Rural Development and the Minority Spokesperson on Local Government, Edwin Nii Lante Vanderpuye, Member of Parliament for Odododiodio in Greater Accra is contemplating a possible review of the existing local government law to make it more stringent.

Speaking at the news conference on developments regarding the ongoing approval of MMDCE’s throughout the country, the Minority side on the Committee stated it would ensure that, “Parliament looks at the Constitutional provision, the Act and model Standing Orders of the Assemblies to streamline and strengthen the processes and procedures for conducting Assembly meetings especially, the special meeting called for such approvals to avoid abusing the democratic processes envisaged”.

The ongoing approval process in some Assemblies has been allegedly characterised by abuse to have allegedly forced Presidents nominees through, which has angered the NDC MPs on the Committee to call on the Sector Minister to “order a re-run of all the processes in the Bibiani-Anhwiaso Bekwai, Assin South, Sekyere Kumawu, Cape Coast and others, where the process was believed to have been manipulated”.

The MPs called on the President to respect the will of the people and stop imposing the nominees who have been twice rejected.

He said if the alleged disturbing phenomenon and incidents during the period under review are not condemned “it could throw this country and our cherished democracy into chaos”, according to Nii Lante Vanderpuye.

Bill and Melinda Gates divorce after 27 years of marriage