The Member of Parliament for Assin Central, Kennedy Agyapong, has stated that the New Patriot Party (NPP) is currently behaving similarly to the opposition National Democratic Congress (NDC) when it comes to the payment of Nation Builders Corps Personnel.

Nation Builders Corps (NABCO) Personnel, he claims have been pleading for his intervention in order for them to be paid.

“Yes that is right, anytime I travel and I get to the airport I get these young men and women coming to me, that I should plead on their behalf, that they haven’t been paid. The government has to pay them”, he said.

Speaking on the GTV Breakfast Show with Host Thelma Tackie on February 21, 2022, the Lawmaker stated that the government created propaganda with NABCO and that it is propaganda if they are not paid.

“You [government] made propaganda with it, now when it comes to these NABCO guys the NPP are behaving like the NDC . It is complete propaganda if you haven’t paid them. They have to pay them.

”Some were assimilated into the system, but not all of them. So, if the government thinks it can not do it again, what is owed to them should be given to them. There are no two ways about it, no one works for free. You know we should be reasonable human beings, these students or workers who were employed. At least their transportation cost is not paid by the government, they find any means necessary to get to work”, Mr. Agyepong said.

He went on to say that the government has no excuse not to pay NABCO Personnel because they could pay GHC 20,000 to Parliamentarians.

“So the government has no excuse whatsoever to say that they are not going to pay them. Now, this is where you say I’m this and that, you get money to pay GHC20,000 to Parliamentarians, but you don’t have money to pay 2000 please I support them. They should demonstrate about a month straight for the government to sit up and pay them”, the Assin MP stated. 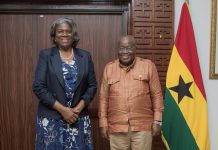 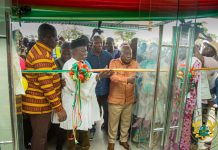 Gbane: Committee given three weeks to find out collapse of mine